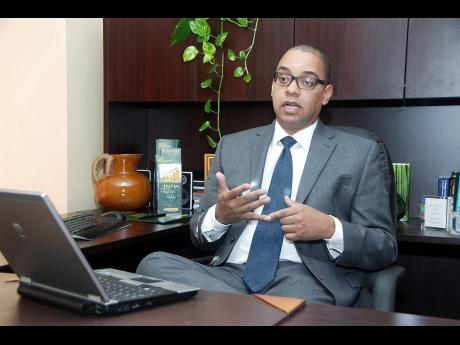 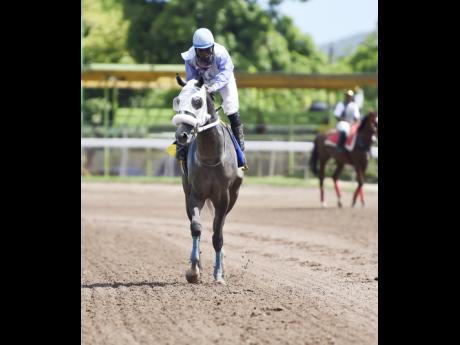 More race days, more horses, a stronger racing product for export, and a better horse racing facility are at the very top of the Supreme Ventures Racing and Entertainment Limited's (SVREL) to do list six months after putting pen to paper and officially taking the reins at Caymanas Park.

A beautification project anchored by a freshly painted grandstand and administrative buildings, much-needed and ongoing renovations to the Jockeys' Room, plus an $8 million, first-phase resanding exercise to the track itself are some of the early undertakings by the company, a subsidiary of gaming giants Supreme Ventures Limited.

Medium- to long-term changes to the stable arrangements, new sewage-disposal plans and big improvements to the production and broadcast elements of the race product are among the plans that the new owners believe will not only make the track more attractive to visitors to the facility, but also to a potentially fruitful international audience.

SVREL's Chief Operating Officer Brando Hayden shared an ambitious plan that centres around increased activity at the park, the exportation of the broadcast signal to foreign markets, and the addition of more race days.

In a wide-based interview, Hayden told The Sunday Gleaner that having spent much of the past six months assessing the situation at the facility, SVREL is now focusing on improving the physical and operational structure at the Park, while continuing to engage their stakeholders.

"We met with the breeders, the owners, the jockeys, the grooms, the vets, just to get their perspective on how things were, the state of the industry and how they would want to see it move forward, and we got a lot of good feedback and suggestions," Hayden said. "We also asked them to put together the top five things they would like to see happen."

QUALITY OF THE TRACK

Top of that list was a concern that the quality of the track needed to be addressed to mitigate against injuries to the horses, leading to the recent laying of around half-an-inch of fresh sand with another half-inch expected to be laid next year.

"Certainly, we want our patrons to feel comfortable and enjoy the park in every sense of the word. Also, when you look at our sponsors - sponsorship plays a major role in this business, it contributes to our purses, it contributes directly to our bottom line. We want to attract sponsors to the Park. They want to see a good-looking facility, a facility that operates very well," said Hayden of the beautification efforts.

"We are going to look to export the signal, meaning we are going to get into the simulcast business. Right now, we import signal, and folks can wager on a number of parks across the United States, and what you find is that the most successful ones are the ones that look the best and put together the most competitive races, and if we are now going to get involved in that business and compete with those parks, then we have to look better, operate better, and put together competitive races and we think we will be successful in this regard."

Hayden, who noted that they would be targeting the diaspora, is projecting that selling the broadcast rights to clients overseas will contribute an additional five per cent of revenues.

To bump up the product's on-screen aesthetics, SVREL is investing in new camera equipment, which they expect to roll out later this year, with seven new cameras expected to help with backstretch viewing plus new pre- and post-race features and analysis.

Importantly, SVREL is also looking to get to 100 race days a year, an increase from the current 75, and with an extra 100 or so horses required to make that a reality.

"If we want to move the number of race days, and if we are going to export the signal, we will need to have some degree of consistency. Right now we race every Saturday and maybe one Wednesday in every month, and every public holiday. We may need to move that to every Saturday and at least one other day during the week, every week, to have some degree of presence, and we will need more horses for that," Hayden said.

According to Hayden, there are about 1,200 horses accounted for with less than half of that number available for racing at any given time.