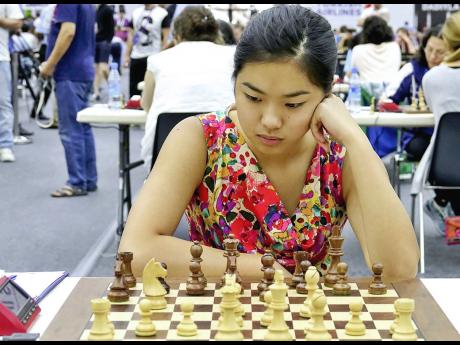 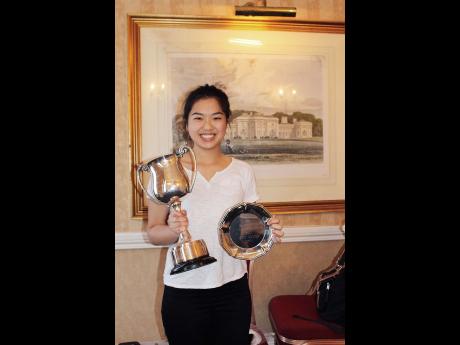 Once in a while, we get the chance to spend time with a young person who truly inspires us to be and do more. One such young lady is 17-year-old Qiyu Zhou, the reigning Canadian Women's Chess Champion. She also holds the titles of Woman Grandmaster (WGM) and FIDE Master (FM). Qiyu arrives in Jamaica this week to participate in the first-ever Jamaica International Chess Festival to be held in Kingston from Oct 13-15. While here, Qiyu, along with three other International Youth Grandmasters, will visit schools, give a motivational talk, and play against local youth in the grand finale Chess tournament.

We had a chat with Qiyu as she prepares to come to Jamaica.

Of all the chess titles you have won, which is your most memorable and why?

The World Youth Chess Championships in South Africa when I won the gold medal in 2014, for sure, was my most memorable one. It was quite, literally, a dream come true because I've had that goal since I was about five. Just the feeling of being on the stage and standing on the podium with a gold medal - it's a pretty good feeling.

What is it about chess that you love?

I really like the competitiveness factor of chess. I am a very competitive person, and I need somewhere to put all this energy. I think chess is perfect for this because I can direct my attention when I want to.

My passion for chess lies in all the things that chess brings to me. It's a lot about the outside factors of the game - the friends I've made and the number of opportunities it has given me. I've been able to travel to so many places, and if I didn't play chess, I would never have gone to South Africa or Iran or half of these countries that I have been to.

How do you prepare for a chess match, and what do you do to keep your focus when playing?

I usually look over my opponents' games and then think about what I'm going to do.

But outside of chess, I do a lot of exercise and eat well. I eat a lot, actually. And I sleep considerably more during chess tournaments than I do during regular school time.

When I'm playing, I keep thinking, "I really want to win this", so my mind is on the game. It's sometimes really difficult to keep your focus because the games last a long time. So I drink a lot of water and I walk a lot. I wonder around the halls. It helps to keep my mind fresh.

Do you prefer to play long or short games?

I like to play all types of chess. I don't really have a preference. It really depends on the occasion. With friends, of course, I prefer to play Blitz Chess, but in tournaments, I would rather play long games. I don't play Blitz or Rapid Chess tournaments very often.

Were you surprised by your invitation to Jamaica, and what are you most looking forward to about your visit?

Yeah! I was very, very excited! I'm very excited to see the country. It's my first time in the Caribbean, and from what I've heard, the place is amazing, and, of course, it's warm there. And just the whole Caribbean mindset. So, it's going to be a really neat experience.

I'm most looking forward to being able to experience the culture of Jamaica.

As a youth champion, how do you hope to inspire the children you will meet in Jamaica?

I'm very excited to be able to give speeches and to teach the local youth about chess and show them what it means to play chess.

I really want to encourage them to chase their dreams. It doesn't have to be as a world chess champion, but to give them the idea that if they want to do something, they can do it if they put in the effort and put their minds to it and really focus - to give their lives purpose.

Many may argue that competitive chess is not a sport. Do you agree or disagree with this and why?

I've debated this topic with many people, but for me, chess is a sport because I'm playing this game to win! I want to win. I want to be the best at what I do. I put a lot of energy into it and I try hard. So just as any runner would have a strategy on how to run his race, I have to approach chess in the same way. Chess is surprisingly very tiring.

In a previous interview you mentioned that you wanted to be an ambassador. If you were to become one today, what world issue would you seek to address?

I really want to address the disparity between the rich and poor. I've travelled a lot and seen a lot of different aspects of the world. For example, in South Africa, I was staying in a very fancy hotel on the coast with beautiful beaches, and then there were quite a few beggars there as well. It was a very stark contrast to my own circumstances. So I want to address what causes these problems. I want to do something that matters.

Qiyu wants to study economics and, hopefully, follow her dreams of attending Harvard University after high school. She dreams of making a real difference in the world, living by her personal motto: "If you try really hard, and if you work for it, you'll probably get there."