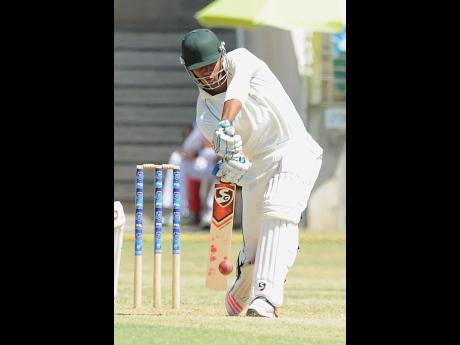 The challenge will be difficult. However, for the Jamaica Scorpions, it is a task they will have to face head on.

Largely inexperienced with the bulk of their senior players either on West Indies duties or injured, Jamaica will be hoping to spring a surprise when they take on pre-season favourites and three-time defending champions Guyana Jaguars in the opening round of the Digicel Cricket West Indies Four-Day Championship at the National Stadium in Guyana today.

"We are aware of the calibre players that we have, however this is cricket, and it is about who performs best on the day,'' said an optimistic Andrew Richardson, assistant coach of the Scorpions.

"Furthermore, Guyana, too, have players, who are missing on either West Indies or A' team duties. It is, therefore, a matter of us exploring their weak areas and making use of our opportunities if and when they present themselves.''

The most experienced player in the Scorpions 13-man squad is West Indies middle-order batsman, Guyanese Assad Fudadin, who was off-loaded by the Jaguars and was selected by the Scorpions in the player draft earlier this year.

He is expected to form the core of the batting along with Palmer, former West Indies Under-19 batsmen batsman Brandon King and Fabian Allen, and young Guyanese opener Trevon Griffiths.

Guyana, who are captained by sidelined West Indies batsman will have in their line-up a number of West Indies players, including batsman Rajendra Chandrika, left-arm spinner Veerasammy Permaul and all-rounder Chris Barnwell.