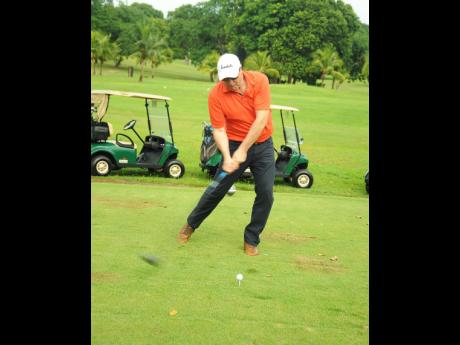 RIDING Jamaica's tradition as a great sporting nation, which has produced world champions in many disciplines, Sandals Resorts remains steadfast in its drive to push golf to the fore as a major attraction for the island's world-renowned tourism sector.

Canadian travel agents are rounding off the third such tournament hosted by Sandals Golf and Country Club at Upton this year, providing the peddlers of vacations a chance to not only have a go at the 18-hole course but also to visit the island's varied attractions.

Wendy Hearn-Anderson of Goligers Travel Plus, London Ontario, was among 80 Canadian travel agents in action, on the heels of United States and Latin America tournaments, which were hosted recently.

"I had a large group that came down in February, 50, and they loved Jamaica," Hearn-Anderson told the Gleaner.

"It was not a golfing group but there were people in the group who like to golf so, of course, they were at the golf course," she said, adding that she is no stranger to Jamaica.

"I have been here several times. I love the music, food, the people and it is a safe island," pointed out Hearn-Anderson, whose province, Ontario, continues to be the region's number-one market, producing 61 per cent of Canada's visitors to the Caribbean.

Though yesterday was the opener of the 36-hole two-day tournament, at least one winner was declared. Toni Rolli of Group 9 won the putting competition in a three-way playoff via a nearest-to-the cup decider on the putting green.

Today's final day will feature the popular Pro Drive from the ladies' tee on the 14th hole. Members from each team pay US$10 resident pro Bill Williams for his best drive on the par-five hole, hoping for an advantage to line-up for a birdie, eagle or albatross.

Proceeds from the Pro Drive go towards the Sandals Foundation of which 100 per cent of all funds raised enter directly into social development programmes benefitting Jamaica and other countries of the region in which the resort chain operates.