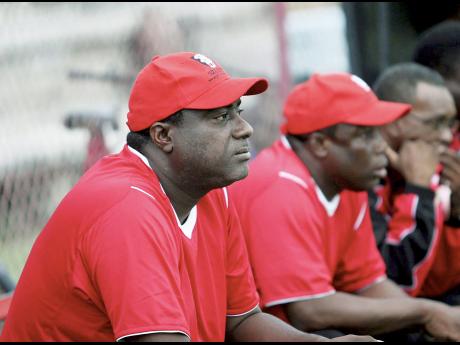 Growing pressure from Waterhouse's demanding fans was what led to coach Glendon 'Admiral' Bailey handing in his resignation to the Red Stripe Premier League (RSPL) club, according to contacts close to the outfit.

After four draws and two defeats, Bailey, who was said to still have the backing of the club's management, was the subject of harsh criticism from the community's notoriously demanding supporters, who had grown impatient after their team's winless start and had began calling for the coach's removal following Waterhouse's 2-0 home loss to Cavalier on Sunday, which left them second-from-bottom on four points.

Bailey was said to have given his decision verbally.

Meanwhile, it is rumoured that former Waterhouse coach and fan favourite Donovan Duckie is the club's number-one choice to replace Bailey. However, this could not be confirmed as all efforts to contact club president Donovan White proved futile, while general secretary, Richard McCallum, has migrated.

Waterhouse football club head to Frome Sport Complex this afternoon to face bottom-of-the-table Sandals South Coast in one of two games on, and in the interim, assistant coach Curtis Hamilton will assume coaching responsibilities until a new coach is appointed.

Meanwhile, at the Prison Oval yesterday leaders Portmore United (13 points) suffered their first loss of the RSPL season, going down 0-1 to the University of the West Indies FC (UWI), who bounced back from their 4-1 humiliation to Arnett Gardens over the weekend.

Duwayne Smith netted the game's only goal three minutes from time, to put the university team at the top of the table, although second place Arnett Gardens (12 points) who had a late game had the chance to go top if they could beat Reno at home.

"It was a tough game for us, especially after coming off that defeat to Arnett Gardens in our previous game. So nothing but a win would get us back on track," said UWI's assistant coach, Andrew Peart.

"They were more determined going into the final minutes and that is why they were able to notch a 87th minute goal. So it is something we have to look at, and we have a chance to make a quick turn around against Reno on Sunday," Thomas said.

Meanwhile, in today's other game, sixth-place Cavalier (7 points) will look to build on their 2-0 success against Waterhouse when they entertain 10th placed Humble Lion (5 points) at Stadium East at 5 p.m.