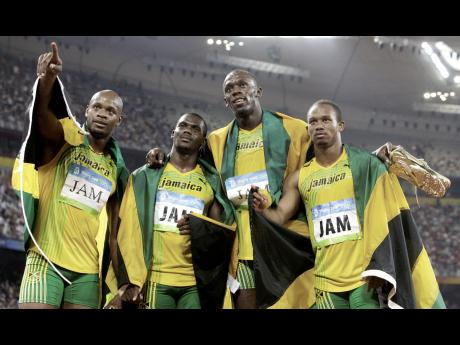 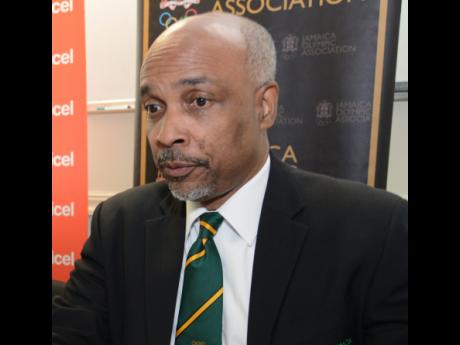 Jamaica Olympic Association (JOA) President Christopher Samuda has said that he believes that Olympian Nesta Carter will be cleared of any wrongdoing despite testing positive for a banned substance retrospectively found in his urine sample from the Olympic Games in Beijing in 2008.

Carter had his appeal heard at the Court of Arbitration for Sport (CAS) in Lausanne, Switzerland, yesterday after the banned stimulant methylhexaneamine was found in his system during reanalysis of samples from the Beijing Games. The finding meant that the 32-year-old - and his teammates Dwight Thomas, Asafa Powell, Michael Frater and the world's fastest man, Usain Bolt - had been disqualified after winning the men's 4x100m relay at the Games in a then-world-record time of 37.10 seconds.

Carter is said to be appealing on the grounds that methylhexaneamine was not added to the World Anti-Doping Agency's (WADA) banned substances list until 2010, two years after the issue regarding his Beijing 2008 samples.

While Samuda said that he is confident of a ruling in favour of the Jamaican sprinter, he warned that it may lead to more athletes who feel aggrieved about positive results from drug tests lodging appeals with CAS.

"Certainly, the whole jurisprudence (principle of law) where that is concerned would have to be reviewed," Samuda told The Gleaner. "Depending on the reasons that are given, it may very well lead to other cases coming forward and relying on Mr Carter's case and the ratio decidendi (the rule of law on which a judicial decision is based) of this case.

"Certainly, if there is an adverse finding, it will leave a lot of questions. As we know now, there are very critical issues surrounding the integrity of the findings, and certainly, we, from the very inception, have felt that after eight years, questions of fairness, equity and legal issues are very much alive. If there's an adverse finding, the debate will continue apace and people will continue to question the decision and perhaps ask for a review of the decision in other quarters," Samuda said.

Samuda, who is an attorney, said that the JOA has been supportive of Carter from the moment it was notified by the International Olympic Committee of its decision.

"I was the one from JOA who called him (Carter) when the news was communicated to us, and from that phone call, we have been supporting him," he said. "We have had meetings with him, [and] we have had meetings with the management of his club in Jamaica (MVP Track Club) in relation to the issues involving the case, as well as in terms of the strategy that should be employed.

"We have been very close to him and giving him the support. He's one of our national athletes and has acquitted himself very well, and we are obliged to do it as a national organisation, and that is our culture - to support our national athletes whenever anything like this occurs. It was just natural for us to do so."

He also said that: "There are some final submissions to be filed and a panel will deliberate, probably at the end of this year, for a decision, probably next year."

Renowned sports lawyer and senior lecturer at the University of the West Indies' Faculty of Law, Dr Emir Crowne, said that he is bothered by the secrecy surrounding CAS's panel hearing the case.

"Obviously, the Nesta Carter matter is a matter of national importance to Jamaica, and quite frankly, international importance. So I don't know why there's this much secrecy around who's on the panel. As everyone knows, CAS hearings are closed to the public. The hearings themselves are confidential, but knowing who is on the panel, in my view, is not a breach of confidentiality."