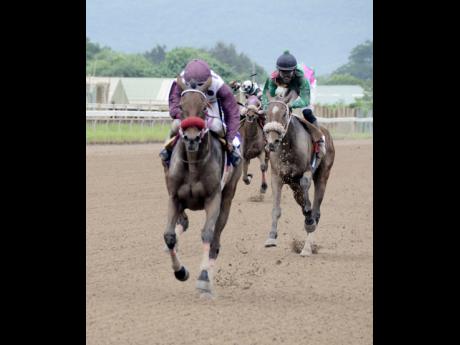 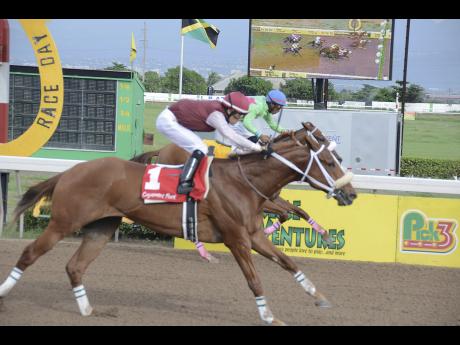 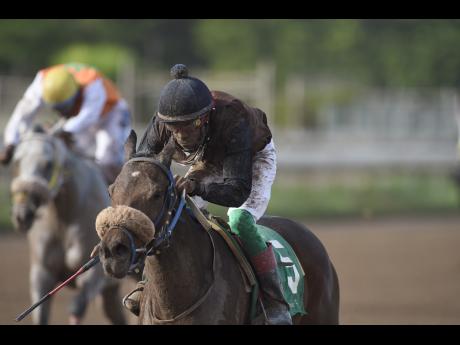 Gladstone Taylor
Jerome Innis (above) will ride MY WAY.
1
2
3

The big Betting, Gaming and Lotteries Commission/ Supreme Ventures Limited Diamond Mile raceday is on at Caymanas Park tomorrow with all of 14 races down to be contested.

With the promoters offering a minimum of $1 million for each race, the raceday has been well supported as trainers and owners seek to get a share of the more than $29 million, which will be on offer.

The rich Diamond Mile, which has attracted 15 of the best local and overseas-bred horses now in training, has a purse of $14.26 million.

As usual, our focus is on the Sunrise-6 which starts at race three. The race is confined to four-year-old non-winners of three and a field of eleven will travel 1100 metres.

The leading contender is PAPA ALBERT to be ridden by crack apprentice Anthony Thomas. He was a clear leader 400 metres out in a fast-run race over the same distance on October 21. Kanaloa won in 1:05.4 with BIG BLACK NATION second, just over a length ahead of PAPA ALBERT. The latter weakened badly in the final 100 metres, but with nothing of the quality of Kanaola in tomorrow's race, he should not be beaten.

Thirteen starters are down to contest the fourth over 1300 metres for $180,000 claimers. SCOOP JORDYNE with Dane Nelson aboard and Shane Ellis' BIG MACHINE LINKS will decide the outcome.

The latter won by seven lengths when the two met at level weights over 1400 metres on October 7. SCOOP JORDYNE is now seven pounds lighter and it should be closer at the end, but BIG MACHINE LINKS is tipped to win again.

They all have the Wayne DaCosta-trained MY WAY to beat in race five. The four-year-old gelding was just behind PAPA ALBERT on October 21 and then led for a long way going 1400 metres on November 11. He is preferred to BABY P, who would prefer it a bit longer.

THE HORSE TO BEAT

DaCosta's UNCLE WAL has been training extremely well and is the horse to beat in race six which is confined to three-year-old maidens.

Trainer Anthony Nunes' FAYROUZ and Patrick Fong's LICI'S PEPSI have experience on their side and should both run very well in the seventh for two-year-old maidens.

FAYROUZ has been finishing in front of highly rated stable-companion API at exercise and appears ready for a big run after two tame efforts.

I prefer LICI'S PEPSI, however. She had an impressive first run last Saturday, losing by just half-a-length in a good 1:13.3 for 1200 metres. She has come down 11 pounds in the handicaps and will have to be caught.

Race eight, the Diamond Sprint Trophy (1300m), should be keenly contested. Several very good three-year-olds are in the 11-strong field. They include SECRET TRAVELLER, WESTERN WARRIOR, LIGHTNING LILY and DONTAE.

The selection is SECRET TRAVELLER who is training very well and very light at 50kg. There is a lot of speed in the race and he will be running on best of all at the end.