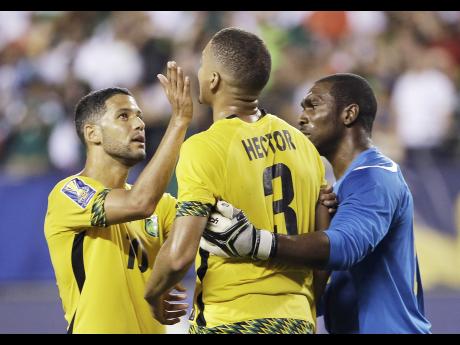 AP
Joel McAnuff (left) and goalkeeper Ryan Thompson console defender Michael Hector after his mistakes helped Mexico to a 3-1 win over Jamaica in the CONCACAF Gold Cup final on July 26. 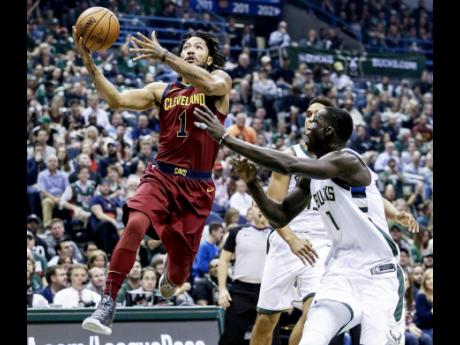 The point guard, who has been dealing with a sprained left ankle for much of his first season with Cleveland, returned to the Cavs yesterday to resume rehab and treatment. A frustrated Rose had left the team on November 22 to contemplate his future, but he's back and working toward a return to the floor.

Rose had been in contact with coach Tyronn Lue and general manager Koby Altman in recent days. The conversations were described as "positive", and the team said he will report to its Cleveland Clinic Courts training facility.

There is no timetable on when he'll play.

"This has been a very challenging and difficult time for Derrick," Altman said. "We will continue to provide him with support and have patience as he re-joins his teammates and works his way back on to the court."

Rose, whose career has been dogged by serious knee injuries, initially hurt his ankle on October 20 in Milwaukee. He's made seven starts and is averaging 14.3 points and 26.9 minutes with the Cavs, who signed him to a one-year, $2.1 million free-agent contract this summer.

The three-time defending Eastern Conference champions anticipated using Rose as a backup to Isaiah Thomas. However, with Thomas continuing to recover from a hip injury, Rose was thrust into the starting line-up to start the season and showed flashes of his All-Star form while dealing with the sore ankle.

Rose's minutes could be affected going forward. Thomas is expected to return in the next few weeks and Dwyane Wade has been playing well running the point for Cleveland's second unit.