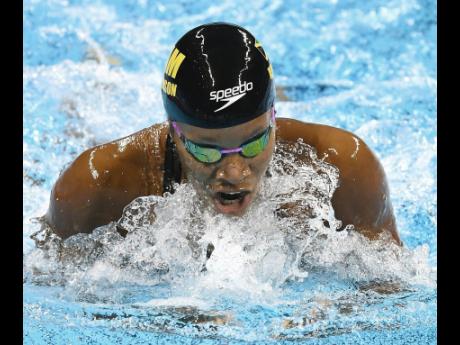 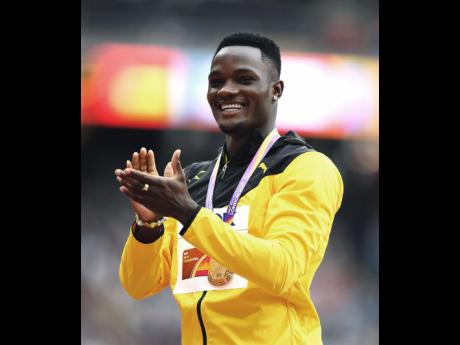 OMAR McLeod, the 2017 World Championships 110m hurdles champion, and swimmer Alia Atkinson, head the list of nominees for this year's RJRGleaner National Sportsman and Sportswomen of the Year awards.

The 25-year-old McLeod, who has a personal best of 12.90 seconds, turned in an excellent performance to win the gold medal at the World Championships in London in August clocking 13.04 seconds.

Atkinson, who ended the year as the number-one swimmer on the short-course circuit for both the 50m and 100m breaststroke, heads the three female nominees.

The other female nominees are Elaine Thompson, who won the IAAF 100m Diamond League title this year and Ristananna Tracey, a bronze medallist in the women's 400m hurdles at the World Championships in London.

People's Choice Performance of the Year

Meanwhile, McLeod, Blake, along with footballer Kemar Lawrence, cricketer Oshane Thomas, and boxer Kemahl Russell are the nominees for this year's People's Choice Performance of the Year.

The ISSA Schoolboy and Schoolgirls Awards, The Gleaner Iconic Award and the Sports World Magazine Awards will also be presented as new additions at the event. The nominees for these awards will be announced at a later date.

There will also be a VMBS Young and Outstanding Upcoming Talented Headliner Award.

The awards ceremony which will be held at the Jamaica Pegasus hotel in Kingston on Friday, January 19, is being presented in partnership with the Victoria Mutual Building Society, J. Wray and Nephew, Pure Country Juices, the Jamaica Pegasus, Main Event Entertainment Group, TVJ-SN, The Gleaner, RETV and Hitz92FM.

The two-hour event will be broadcast live on TVJ and streamed live across the globe through 1SpotMedia.