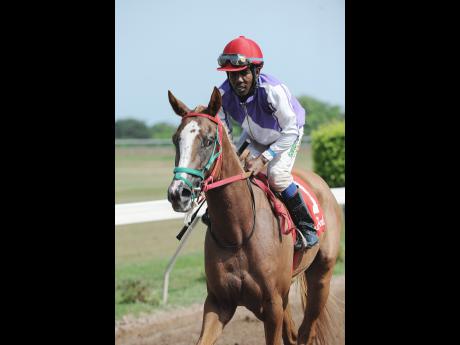 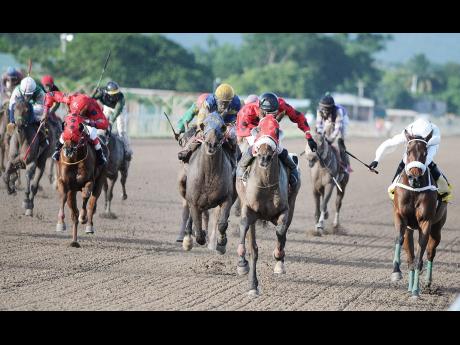 TURBO MACHINE has little to fear in tomorrow's opening race over 1500 metres at Caymanas Park and should give Sunrise-6 players a winning start.

The race, which is confined to $180,000 claimers who have not earned $150,000 since August 15, has attracted eight starters, including CHIEF SECRETARIAT and ONE GREAT TRAIN, who had very good form in mid-year.

CHIEF SECRETARIAT was beaten into second when going off the 3-5 favourite in a 1600, metres race on November 4 then produced a listless display 10 days later going 1400m. ONE GREAT TRAIN, on his best form, would beat this field but was bumped at the start on November 1 and has had only light training since.

The selection was prominent for a long way before weakening over 1600 metres on November 25. Her early pace will, however, be too much for this weaker line-up and she should not be caught.

Wayne DaCosta's YAYA'S DREAM was spotted running on strongly when fourth by just over two lengths to Fayrouz (1100 metres) on December 2 and is tipped to capture race two. She has trained brilliantly since, clocking a fast 35.3 at exercise on December 11 and gets the ideal distance (1300m). DaCosta has three other runners - first-timer STORM, RICKY RICARDO, and BAND OF GOLD - but none of the three is advanced enough to trouble YAYA'S DREAM.

Richard Azan's MONEY MAGNET was among the top three in the rich Diamond Mile on December 2 and is the firm fancy for Race Three over 1200 metres for open allowance horses. She comes here three pounds lighter after closely tracking the leaders in 46.1x1:09.4 splits for the 1600m distance.

In Race Four, three-year-old maidens will travel 800 metres. The strong choice is the Steven Todd-trained POWEROFGIVING. She showed a lot of speed when leading by two lengths at the top of the straight in a 1300 metres race on December 2 and with nothing in this line-up to test her on the lead she should come home a lonely winner.

CHEERS has emerged a specialist over 1820 metres, winning his last two starts over the distance, and is selected to lead all the way in Race Five. In his last run at the $350,000 claiming level CHEERS slammed the field by seven lengths and has dropped four pounds. His only real rival will be three-year-old PROUD OF NUCLEAR, who is well drawn at post position one.

Close the Sunrise-6 with the well-drawn BIG MISTAKE in the 1000 metres straight event. The very competent Oneil Mullings is aboard the Andrew McDonald-trained four-year-old gelding.