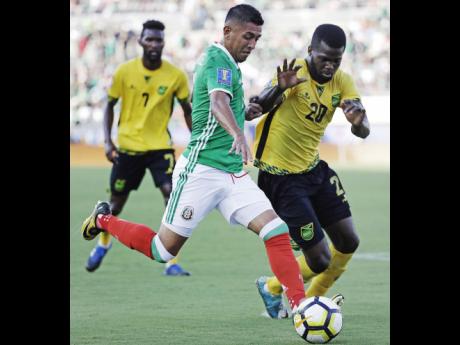 Lawrence, who plays for the New York Red Bulls in Major League Soccer (MLS), was linked to a number of English clubs in the past, including Newcastle United and West Ham United, but was unable to secure a transfer because Jamaica's average FIFA Coca Cola World Rankings over the past few years meant that he could not gain a work permit in the United Kingdom.

Ralph told The Sunday Gleaner that there is genuine interest elsewhere.

"I can confirm that Fenerbahce knows of Kemar, and he's on their shortlist for January. Trabszonspor is another of the clubs as well," he said.

However, while he would not comment on whether negotiations had started with the player, he did not rule out the possibility of the 25-year-old left back being granted the transfer by his club.

Ralph, a former player himself, most notably for Jamaica, Chicago Fire in the MLS, and Rubin Kazan of Russia, said if Lawrence made the move to Turkey, he would have no problems adjusting to life there.

"It's too early to say, however, I will say as times have changed, and with technology, I think he would do fine in Turkey. With Kemar's personality, I know he would do well anywhere in Europe," Ralph said.

Lawrence's contribution to the Red Bulls' MLS campaign this year saw them finishing as semi-finalists in the Eastern Conference Playoffs. Although they finished 2-2 on aggregate with eventual MLS Cup winners Toronto FC, they were eliminated because they had fewer away goals.

He has also played every minute of Jamaica's last two CONCACAF Gold Cup campaigns, where the Reggae Boyz finished as runners up both in 2015 and 2017. Lawrence is also remembered for scoring a late free kick in the 1-0 semi-final win over Mexico in the tournament last July. He was named in the tournament's Best 11.

Fenerbahce placed third in the 2016-17 Super League season, their worst finish to a season since 2009, while Trabzonspor ended sixth last season.

While Ralph did not confirm the names of other teams, it has also been reported that defending French League champions AS Monaco FC are also interested in signing Lawrence.