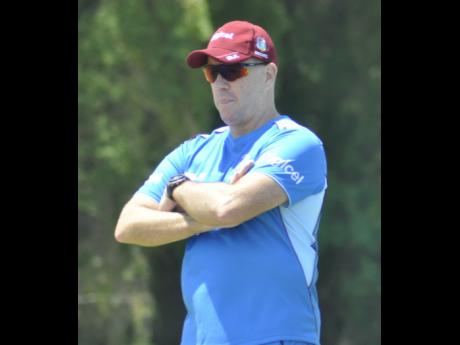 Head coach Stuart Law said West Indies had 'some soul-searching; to do after they suffered a 119-run crushing at the hands of New Zealand in yesterday's final Twenty20 International, to end the eight-match tour without a single win.

The Caribbean side lost both Tests by healthy margins, were whitewashed 3-0 in the one-day international series before going down 2-0 in the three-match T20 series.

The only match in which they escaped defeat was the second T20 on New Year's Day, which was rained out after nine overs.

"We need to do a lot of hard work, planning and understanding. That means some soul-searching by looking in the mirror and asking if we gave it everything to change a game, get into a game and win a game."

West Indies suffered in the T20 series in part from the absence of several key players. The veteran pair of Sunil Narine and Kieron Pollard both pulled out of the squad for "personal reasons" while match-winner Marlon Samuels was forced out due to injury.

The Windies were also without experienced players like Darren Sammy, Dwayne Bravo and Lendl Simmons, all of whom were members of the World Cup-winning side in 2016 in India.

Law said the late withdrawal of some experienced players had hurt West Indies.

"They know this format inside out. It's difficult trying to organise players when they pull out at the last-minute," the Australian explained.

"It's almost impossible trying to sort visas and flights from the Caribbean in 24 hours.

"Those decisions didn't help, but the players we had were good enough to play with passion and pride to show we can play the game."

The reigning World champions have played like anything but since their triumph in India, losing nine of their 17 outings since.

In fact, they have now lost every full series they have contested against higher-ranked sides, with their only full series triumph coming in a 3-0 win over minnows Afghanistan last June.

Law admitted that the latest series loss had been difficult for the side.

"Sometimes you have to go to the bottom before you move forward. Everyone's feeling down."