No automatic spot for Romelda - Daley-Morris 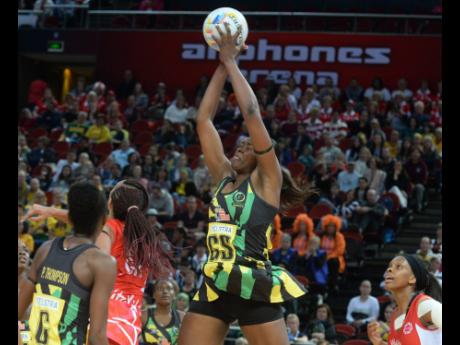 President of Netball Jamaica, Dr Paula Daley-Morris, said shooter Romelda Aiken is not guaranteed a spot on the national senior women's team, despite making herself available for the upcoming Quad Series and Commonwealth Games later this year.

"We have a long list of 18 persons and the team will be selected from that list," said Daley-Morris. "All the 18 players stand a chance, but we just don't know who will be selected for the Quad Series and Commonwealth Games," she said.

The Quad Series, which also includes hosts New Zealand, Malawi, and Fiji will be held from March 21 to 24, two weeks before the start of the Commonwealth Games, which will be held in Gold Coast, Australia from April 4 to 15.

Daley-Morris added that the selection panel will be meeting in the coming weeks to choose the players for both championships.

"The fact that you have a contract and you are playing somewhere else and you are not playing in Jamaica does not eliminate you as a prospect," Daley-Morris said.

This led to the lanky player being overlooked by the Sunshine Girls' selectors for the Fast5 Netball World Series in Melbourne, Australia, the following month.

Aiken also missed the Sunshine Girls' 2-1 series win over rivals England in November 2016,which led to fears that she would not represent Jamaica again.

Aiken plies her trade the in ANZ Premiership in Australia, with the Queensland Firebirds.