Tanya Lee | Be a sport, not a spectacle! 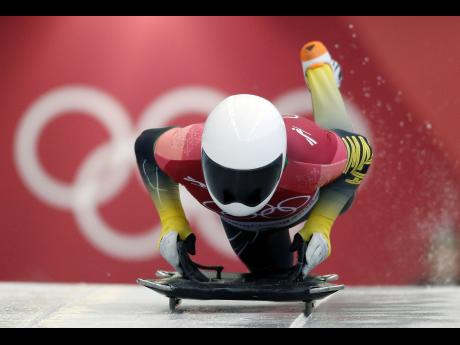 When I was at St Hugh's High, it was a dream of mine to compete in TVJ's Schools' Challenge Quiz. I was positively impacted by my love for the show and by the fact that St Hugh's was the first girls' school to win the competition. I rallied some like-minded women, and we formed a team and went to our principal for permission. She told us no.

Her reason was simple. She told us that St Hugh's were not only the first, but also the only all-girl school in history to win Schools' Challenge Quiz, and while she liked our enthusiasm, some girls had entered recently and embarrassed the school when they lost. She didn't want us to tarnish the legacy our foresisters had created. She admonished us to be a sport, not a spectacle.

Never one to take no for an answer, we went ahead and trained, sought a coach, set up practise matches and entered without her blessing. When we won our first match against Holy Childhood, we became the Fidelitas heroes. We had represented our school well and were greeted with cheers. We lost in the second round to the eventual season winners primarily because we didn't have a buzzer. Our school eventually bought a buzzer. We had made progress.

Speaking of pride and progress, I was so excited to watch Anthony Watson compete on Ash Wednesday as Jamaica's first athlete in history to qualify for the skeleton event at the Winter Olympics. It didn't matter to me that he was 29th of 30 competitors that night as he was ranked 79th in the world before the Games. He was making progress, and he wore our colours with pride.

Our bobsled team that flew our flag so valiantly when we qualified for the 1988 Winter Olympics influenced Anthony Watson. So popular was that team that a movie was made to celebrate their journey. Cool Runnings is possibly the most famous Winter Olympics movie in history.

Cool Runnings had a feel-good message. You can do anything you set your hands and hearts to. That original Jamaica bobsled team had never been on the ice before they started competing in the Winter Games. Team member Dudley Stokes shared that up to September 1987, he had never seen a sled before, yet five months later he was competing in one at the Olympics. The Jamaicans were favourites, and the bobsledders couldn't leave the Olympic Village without being mobbed. It was the best of times.

Exactly 30 years later, both Jamaica and Nigeria have historic women's bobsled teams at the Winter Olympics. Nigeria's team is the first from Africa to compete in the sport at the Games. They are hugely popular, with even Serena Williams posting congratulatory messages to them to her over 16 million social media followers. Both teams have brought pride and glory to every little black girl across the world that looks like them.

Jamaica is a nation of winners. We have a great legacy in sports. We have athletes both from the summer and winter games that have flown our flag with pride. The world is watching us mainly because we were the first to create history.

I am thus disappointed to see the global headlines surrounding our women's bobsled team this week. It appears that there was internal discord with a coach and the managers which led to the resignation of the coach and questions surrounding who owns the team sled.

Jamaica has an enviable record of performance at the Summer Olympics, and without blaming anyone as I do not know the genesis or the details, it is the job of everyone representing, or working for, this great nation to do so with an understanding of the influence that sports has on Jamaica and the world.

On Tuesday, I know our bobsled ladies will look beyond this and reignite the passions of a globe and represent Team Jamaica with pride! We are cheering you on, ladies! Be a sport, not a spectacle!