Frater: Athletes will learn from disappointment 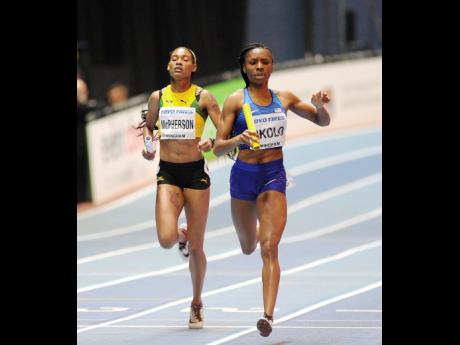 Ian Allen
Stephenie Ann McPherson crosses the line in second place in the women’s 4x400m relay at the IAAF World Indoor Championships in Birmingham, England, yesterday. However, she and her teammates Tovia Jenkins, Janieve Russell and Anastasia Le-Roy were later disqualified for a lane violation. 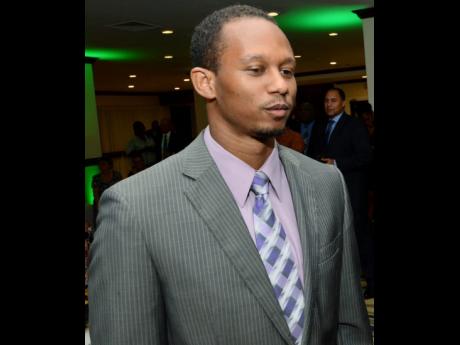 Team Jamaica manager Michael Frater said that technical disqualifications and poor weather conditions, were the main factors that contributed to Jamaica's dismal performance at the IAAF World Indoor Championships, which ended at the Arena Birmingham yesterday.

The Jamaicans had a disheartening end to the four-day championships after the women's 4x400m relay team was disqualified after finishing second in the final.

They ended the championships with two silver medals, one less than the three they won two years ago in the United States.

While not pleased with the performance, Frater said that the athletes will have to learn from this experience going forward.

"Based on the circumstances and what we have gone through, I can't be too disappointed," Frater said.

"We had a few athletes who were sick, and unfortunately, our 4x400m men's team was not able to perform, and Stephenie Ann McPherson was disqualified after winning her heat in the women's 400m," he said.

Continuing, Frater said: "It was also hard luck for us because of the bad weather, and the disqualifications were also unfortunate."

The women's 4x400m team of Tovia Jenkins, Janieve Russell, Anastasia Le-Roy and Stephenie Ann McPherson was disqualified for lane infringement. The team was disqualified after the second-leg runner was deemed to have collected the baton in the incorrect lane after being placed correctly by the lane official. That event was won by the USA in a meet record of 3:23.85.

Among Jamaicans disqualified at the meet were McPherson, from the 400m heats, and distance runner Kemoy Campbell, from the 3000m, for a lane violation.

Meanwhile, sprint hurdler Ronald Levy failed to qualify for yesterday's final of the men's 60m hurdles after finishing third in semi-final three in 7.62 seconds. The event was won by Frenchman Milan Trajkovic in 7.51 seconds.