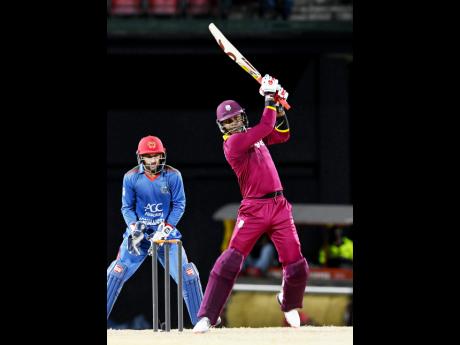 Fast bowler Hasan Ali says Pakistan will not underestimate West Indies, even though the Caribbean side will be weakened side during the three-match Twenty20 series starting here tomorrow.

The reigning World champions will be missing several of their leading stars as Chris Gayle, captain Carlos Brathwaite, Kieron Pollard, Sunil Narine, and Evin Lewis have all opted out of the historic tour.

"West Indies are good batting side, we won't be complacent even if they're not coming with full strength," the 24-year-old fast bowler said here Thursday during a training session.

"It is good to know that Windies team is coming, we all are excited to be playing cricket in Karachi after nine years. I look forward to the series."

The series will be first undertaking by a major Test-playing nation in the country since militants attacked a Sri Lankan team bus nine years ago, injuring several players and leaving several of the security forces dead. Since then, Pakistan have played their home series in United Arab Emirates.

And even though several of the Windies stars have opted out of the series over security concerns, Ali said it was only a matter of the time before Pakistan welcomed all the leading players.

"Cricket is returning to Pakistan," he pointed out.

West Indies, however, will still have the likes of Marlon Samuels in their line up for the matches , which will take place on April 1, 2 and 3 at the National Stadium.

Samuels was at the heart of the Windies' two T20 World Cup triumphs, producing Man-of-the-Match performances in the 2012 and 2016 finals.