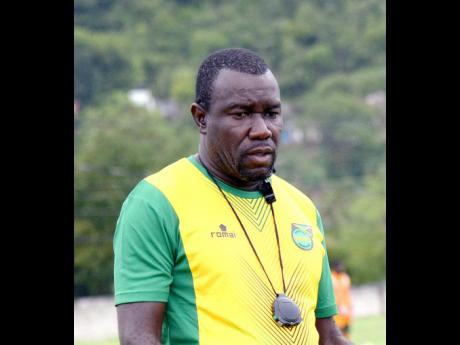 It is being reported that interim national senior football team head coach Theodore 'Tappa' Whitmore has walked away from the role with immediate effect.

Whitmore had been the focus of discussion as he has delayed signing a permanent contract with the Jamaica Football Federation (JFF) after being displeased with the terms on offer.

Sources close to the situation told The Gleaner that  the former national midfielder, who in January had given the JFF four weeks to sort out negotiations, had ran out of patience and decided to walk away from the job earlier this afternoon.

Whitmore was to have further discussions with the JFF today, regarding his contract offer but after not arriving for the meeting, it was discovered that the 45-year-old has decided to walk away from the role.

Whitmore took over from ousted German coach Winfried Schäfer in October 2016 and since then has guided the Reggae Boyz to the Caribbean Football Union and CONCACAF Gold Cup finals last year, where the team lost both games to Curacao and the United States respectively.

Unless the situation changes, the JFF will now look to find a replacement as soon as possible as the national team has friendly international games against St Kitts and Nevis on April 26, three days after the Red Stripe Premier League final, and then against Antigua and Barbuda on April 29.