This is big! - Thomas elated after Portmore's RSPL triumph 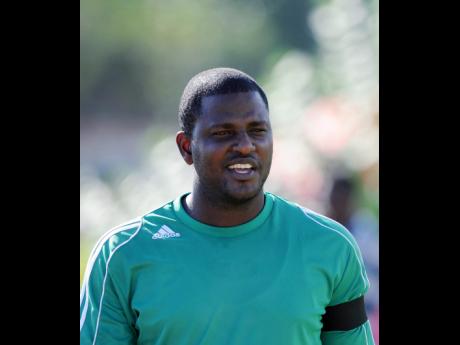 Shavar Thomas, head coach of freshly minted Red Stripe Premier League champions Portmore United could hardly contain his pride, after leading his team to their sixth national league title on Monday night at the National Stadium. Thomas, a former Reggae Boyz defender and captain, underlined the value of this latest success, which actually came in his first season in charge of a senior team.

Portmore survived a slew of Waterhouse chances, before holding their nerves to come out on top, 4-3 in a penalty shootout, after both teams had played to a 0-0 scoreline, after regulation and extra time.

In addition to the championship title, Portmore left the National Stadium $2.5 million richer, while Waterhouse earned $1.5 million as runners-up.

In his debut campaign as a coach in the nation's top-flight league, Thomas, who previously coached at Excelsior and St Jago high schools, managed to deliver the title to a team that had been beaten in each of the two previous finals, first by Montego Bay United in 2016 and last year by Arnett Gardens.

"I am very elated. It's a lot of hard work for us as a staff and as a club. A lot of people have sacrificed to make Portmore what it is and for us to win the trophy, that is tremendous," said the 37-year-old, who actually represented Portmore as a youngster from 1999 to 2001, when the club was known as Hazard United.

Thomas, who came in last summer and replaced Linval Dixon as head coach of the Braeton-based club, was a picture of joy, when Portmore goalkeeper Kemar Foster saved Carlos Barrett's penalty kick, joining his players, staff, management and supporters in wild celebrations.

Despite comfortably topping the preliminary stage of the competition with 66 points - 15 points more than their closest rivals Arnett Gardens, Portmore United still entered the final with some degree of doubt, given their previous failures in the championships game. Nevertheless, Thomas said neither himself or his players felt pressured by the past.

"There was no pressure on us from others to win the title or reach the final.

We put that pressure on ourselves. When I came in as head coach, my plan was to reach the final and win it. We have done that," he underlined.

"This is big for me. My first major trophy as a coach, in my first season in charge of a senior team. It is big," Thomas exclaimed.

Thomas played over 50 games for the Reggae Boyz.