Hubert Lawrence | The Empress of speed is back 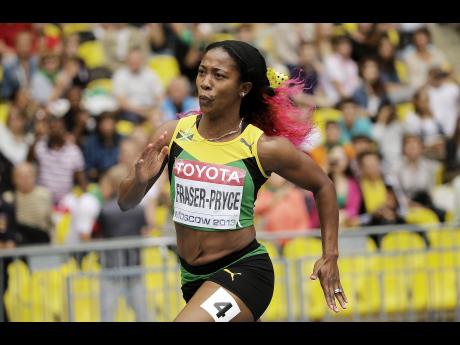 Though the incomparable Usain Bolt is gone, Jamaican track and field news has been almost all good this year. Danielle Thomas-Dodd broke new ground with a shot put silver at the IAAF World Indoor Championships and then joined with six other winners, including steeplechaser Aisha Praught-Leer and discus thrower Fedrick Dacres, to elevate Jamaica to its largest ever medal haul at the Commonwealth Games.

Then at the 124th staging of the Penn Relays, Calabar High School starred as Jamaica scored 20 victories in the three-day carnival.

Together, those triumphs confirm that the scope of the nation's athletic prowess is spreading from our base in the sprints to the middle distances and the field events. It's a good sign. If this trend is made to continue, a day will come when Jamaica can 'win' the World Championships or the Olympic track and field competition by topping the medal table.

The good news got even better on May 7 at an All-Comers meet at the National Stadium, 400 metres away from the last staging of the famed Startime series of music concerts. For the first time since the 2016 Olympic Games, Shelly-Ann Fraser-Pryce settled into the blocks to race. Ten years after a breakthrough 2008 season launched her into the sport's elite, the little empress of speed won her first race back from motherhood.

Working her way back

With long-term coach Stephen Francis guiding her along gradually, the MVP Track Club star has worked her way back to fitness with one goal. Her target is a personal best that takes away from her current standard of 10.70 seconds. At 31, an age where Jamaican sprinters are often just getting into top gear, Fraser-Pryce has every chance of reaching her goal and challenging for gold at next year's World Championships and the 2020 Olympics.

Merlene Ottey won her first World 200 metres crown at 33, in Stuttgart in 1993. Coincidentally, Jamaica-born Linford Christie won the men's 100m for Britain at 33. With her nagging toe injury healed, the self-styled 'MummyRocket' has a chance to match Merlene's marvellous feat. In fact, the rest may have been just what the doctor ordered to heal the toe problem.

Fraser-Pryce is, after all, the most successful female 100 metres sprinter in history with three World Championship titles and two Olympic gold medals and a bronze.

Like Bolt and Melaine Walker, she is more than just a great champion. She is a delightful personality that helped Jamaica to charm global audiences during the golden 2008 - 2016 era. For this reason, as much as for her potential for speed in the future, it is great to have her back.

"That still drives me because I believe it's there", she said earlier this year. It's great to have her back and to watch the empress of speed once again.