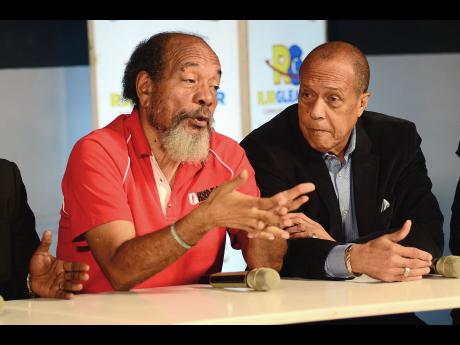 The franchise system ­ in places like North America, or India, or England, or China, in big countries loaded with money, filled with people, and people who need to make more money, with many, many sportsmen of a required standard, and people who support sports in their thousands upon thousands on a regular basis ­ is a wonderful opportunity for investors and for sports.

The franchise system in a small, poor place like Jamaica, however, where money is hard to find, where the quality of performance is generally weak at this time ­ except in athletics and netball ­ where infrastructure is poor, and where the people seldom watch sports, or pay to watch sports, except on the big day, is a pie-in-the-sky or pipe dream, or simply the figment of someone’s imagination.

It does not seem possible in Jamaica, until or unless Jamaica finds some money ­ probably through the marketing of Jamaica’s sporting success ­ to first address the basic needs of Jamaicans.

And the reason is that the franchise system is a money-based system. Its purpose is to make money, and while it is good in some places and in some cases, while sports is big business in some places, it is, regrettably and unfortunately, not suitable for a place like Jamaica.

Money attracts money, and in sports, only, and especially if the product is top class and the people appreciate it and watch it. It is as simple as that.

The franchise system is not suited for Jamaica, and it is not suited until or unless the private sector is prepared to spend millions and millions of dollars annually doing so; or unless those talking about a “franchise” expect that the associations will put up the money to fund them like Cricket West Indies and the JCA have done.

It is either that or they are hoping that the private sector, in their generosity, will “give” them some money to fund the franchises; or that Government will fund the franchises, or will bail them out if and when they run into trouble down the road, or to be more precise, shortly, at that.

Lest they do not know, or do not realise it, the franchises, if they are indeed franchises, will be required to fund not only the salaries of the many players who will be below the required standard of even good performances, but things like playing field development and all the other necessities.

They would also need to fund things like the salaries of managers and coaches and other staff members of the franchises with little real hope of getting back their money, much more of making a profit from their investment.

And in professional sport, there must be, or there also should be, a provision for spectators and their comfort.

The franchise system is an investment, and the question is this: Can Jamaica even find the spectator support on a regular basis and at the price that would be charged, especially in a market where television rights are minimal?

There is no basis, nothing to suggest that little Jamaica can afford the luxury of franchises in sport.

Although it seems an impossible dream, the franchise system would do well in Jamaica for the long-term development of sports.

A franchise system suggests a planned system of development like a club system, involving fewer clubs attracting players from all over the island, players training and practising regularly, better facilities and equipment for training, and better grooming of players.

The franchise system, however, does not cater for volunteerism or for development.

Although the franchise system probably would be good for Jamaica on the whole, it would not, however, prevent players from going overseas in search of bigger leagues, higher pay, and more opportunity.

Apart from the viability of the franchise system in a country like Jamaica, the move towards the system, in cricket and in football especially, appears to be a “town” versus “country” affair, a war aimed at trying to level the playing field between town and country.

In fact, in cricket, it not only appears so, it is so, based on the whispers one hears from time to time coming from rural representatives on the JCA.

And in football, it seems to be the same sentiment, especially based on the words of Carvel Stewart, vice-chairman of the Premier League Clubs Association.

The quarrel in football seems to be around the fact that the Kingston and St Andrew Football Association (KSAFA) has the lion’s share of clubs in the Red Stripe Premier League and the need to remedy that situation.

Stewart, however, states quite clearly that the “KSAFA has undertaken more development programmes than any other parish association and may be by all other associations put together.”

Stewart also said, in support of his argument against the franchise system, that “Jamaica supports sports and sporting events on a community basis. School sports at all levels; football ­ parish and national club competitions; netball ­ open league competition compared to franchise are examples of this fact. We currently have cricket and netball franchises and spectator support has diminished.”

If Stewart needed more meat for his argument, he could also have mentioned the attempts to “help” Jamaica’s cricket when the JCA tried the county system ­ Cornwall, Middlesex, and Surrey, when they flirted with the zone system, East, West, North, and South ­ and had to hastily abandon them for lack of support from the players as well as the spectators.

Something is only good if it can work, and if it can’t work, it makes no sense attempting to make it work.

What is needed to help Jamaica’s cricket and football is not more players, or more teams, or more foreigners, and it is not necessarily franchises. It is more people who know the game, who really love the game, who know how to develop the game, who will work in the interest of the game and for the growth of the game.

As Stewart said, the franchise system is “total illogical nonsense”.