Oral Tracey | No answers in a sea of football chaos 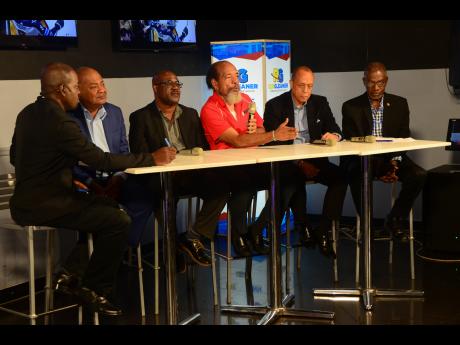 The first of what is scheduled to be a series of live televised RJRGLEANER Sports Town Hall meetings involving local sports stakeholders took place last Thursday evening. Since this meeting was geared towards addressing the problems of local football, like most fans, I was glued to my television set. I was trying to get a proper gauge of what to expect going forward with the administration of the beautiful game in Jamaica.

My lasting impression of the exercise is that of local football being in a general state of chaos, rife with division, dismantled by contending egos, and crying out for vision and leadership. Administrative nuances, lingering political differences and clear philosophical disagreements appear to have ruled out the likelihood of achieving the unity and commonality of purpose needed to drive local football forward.

Our football remains at the proverbial crossroads with one of the key pieces of the puzzle, the future of the Premier League continuing to dominate the narrative. JFF President Michael Ricketts and his administrative team appear adamant that the elusive franchise system must and will be implemented. Conversely, most stakeholders are opining that the implementation of the franchise system is realistically as far as the east is from the west.

Sadly, the energies still seem to be concentrated and, indeed, are being wasted on pursuing the dreams of the benefits that the franchise system could possibly bring, without realising how unlikely it is that such a system will ever be implemented. Not enough focus is being put on key fundamentals, such as the improvements of the football surfaces. Still a key factor that is often mentioned as an afterthought, showing a clear lack of will and under appreciation of the importance of the surfaces to the proper development of young players and the football in general.

Craig Butler continues to be the lone voice in the wilderness regarding another fundamental issue: the implementation of a national football philosophy or a style of play, with some university of approach and understanding of how the game is taught to young Jamaican players. These are simple but nevertheless key elements which are much more urgent and important for the immediate future of the development of the football, than chasing after a franchise pipe dream.

Amid, all the chaos, not very much, if any, mention was made of the most positive reality in our football right now - the fact that the senior Reggae Boyz team is currently ranked inside the top 50 on the FIFA Coca-Cola World Ranking, and the importance of doing everything in our power to keep the senior team in that elite status for as long as possible. No expressed understanding that the fortunes of the senior team are so pivotal to the entire programme in terms of general fan support, sponsorship support, and the profile and marketability of the individual players, and, indeed, the game itself.

Amid the search for the macro solutions to the league structure and the development of young players, support for head coach Theodore Whitmore and his technical team must remain A-One priority in terms of getting the required player personnel and international games needed to keep the relevance, and maintain and enhance the status of the senior team.

One participant in the forum suggested a deliberate and strategic concentration on qualifying for the 2026 World Cup, implying a sacrifice of the next campaign for Qatar in 2022. In a Jamaican context, that would be foolhardy due to the unique dynamic of our football, where Jamaica is basically transformed into a "semi-football nation" only in the height of World Cup qualification. No matter what the vision is, we absolutely have to try to advance as far as possible in each and every World Cup qualifying cycle because too much depends on it.

One definitive conclusion coming out of the two-hour-long talk fest, which threw up much more questions than answers, is that there is an urgent need for strong, decisive, convincing and visionary leadership to guide our football through these tough times, something we sadly lack at the moment.