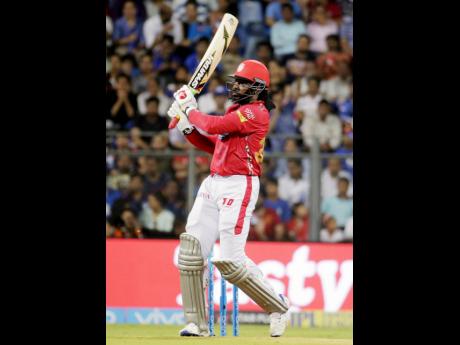 While The historic Lord's will offer the perfect stage for today's Twenty20 International between West Indies and the ICC World XI, there is only one player likely to provide the box office aura the occasion demands.

Superstar opener Chris Gayle, the world's finest Twenty20 batsman, will suit up for the 6 p.m. (Noon Jamaica time) contest and is expected to be a massive pull as organisers seek to raise funds for five stadia in the Caribbean damaged last September by the passage of Hurricanes Irma and Maria.

"It's good to be in this sort of an event, especially when you have to give back, and we all know the cause for this based on what happened in the Caribbean," said the explosive left-hander.

He is the only batsman to score in excess of 10,000 runs and also make more than 10 centuries and is just one of four batsmen to hit two centuries in T20 Internationals.

West Indies will be led by 2016 T20 World Cup hero Carlos Brathwaite, with the likes of Andre Russell and Evin Lewis also included in the squad.

The World XI will be skippered by flamboyant Pakistani all-rounder Shahid Afridi.