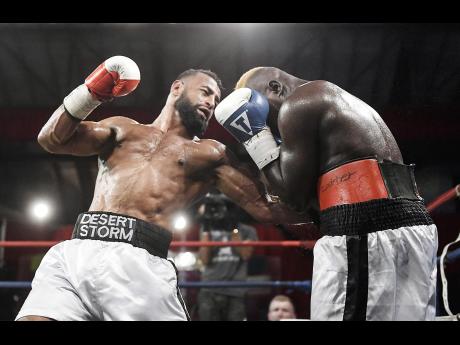 Jamaica Boxing Board of Control (JBBC) general secretary Leroy Brown says that there will be a change to the weigh-in structure for the Wray and Nephew Contender Series in the future.

Brown said that a pre-weigh-in will allow the JBBC to closely monitor the weight of fighters heading into competition, to safeguard against them being prevented from competing because of being overweight. He said that there will be two stages to this new method. The first will take place 30 days before the fight, followed by a second pre-weigh-in seven days before fight night, then the standard pre-fight weigh-in follows on the day before the bout.

"Where we are with the competition now, each fight is going to be treated like a title fight," Brown told The Gleaner. "These are the 'money fights' (where winning ensures you finish in a semi-final spot and guaranteed at least $200,000) and you have to make the weight to continue. That's the strictness we're going to use."

There will also be amendments made to the competitors' contracts, which will be introduced next week. These will outline specifically that boxers must be 147lb at weigh-in. If not, they have two hours to lose the excess weight. If they fail to do so, within the given time, they will be replaced by a substitute.

Sanjay Ramanand, one of the event's two producers, said that this will help to maintain the competition's integrity.

"We've been lucky in the past that we haven't had to deal with these issues (fighters not making weight), but we have to do things that maybe circumvent these problems in the future. This addition to the contract is one such thing. They now know they don't have the leniency of relying on a financial penalty. They have to make the weight or they don't fight. It's as simple as that."

Brown also refuted Team Canada promoter Tyler Buxton's statements that his fighters only knew about the change in sanctions for fighting overweight this season. Buxton had said that they were only told after the competition began. Brown also addressed Buxton's belief that the JBBC should have nothing to do with the contract, which is negotiated between promoters and boxers.

"The changes were made beforehand and the boxers signed their contracts," he said. "The contracts were amended and presented and he and his Canadian boxers signed off on them. If they didn't know about it, they couldn't sign off on them. The contract is indeed between the boxer and promoter but all contracts have to be approved by the Board (JBBC). If there are clauses in it, that are offensive or illegal, the board would take issue with it."