Lawrence: Greatest moment of my life 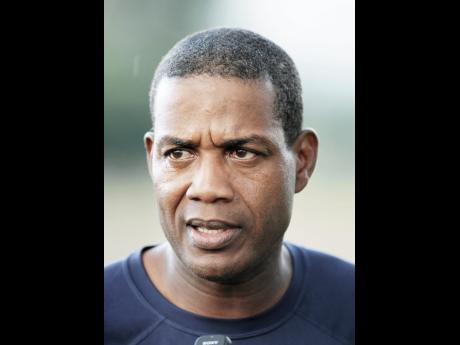 It has now been 20 years since Jamaica's historic appearance at the FIFA World Cup in France. Some of the members of that team recall some of the memories of that campaign for The Sunday Gleaner's Rachid Parchment.

Aaron 'Wild Boy' Lawrence was the understudy to captain and national goalkeeper Warren Barrett during Jamaica's 1998 FIFA World Cup campaign. Although he did not get as much playing time as Barrett, he cherishes the memory of that tournament as a groin injury to the captain meant Lawrence got his chance to play in Jamaica's 2-1 win over Japan.

Rachid Parchment: What was your reaction at the final whistle on the day Jamaica got the 0-0 draw with Mexico to qualify for France 98?

Aaron Lawrence: On that day, I was over the moon to know I'm a part of a team going to the World Cup. We made a dream become real and we got there. It was the greatest thing that ever happened to me in my life.

RP: How much did that qualifying campaign unify the nation?

AL: Throughout the whole campaign, everyone was like a family in Jamaica. Seeing people up and down the road with their flags, travelling from various parts of the country to come to the National Stadium to be a part of history, it was a joy for me to be a part of that moment.

RP: Were you nervous about what it would be like to perform on that stage?

AL: It was exciting to be there, to get to France and see all the different things and all the people. They welcomed us, and it was exciting. I even told my roommate, Robbie Earle, I was going to play in the final game. They said I was going to start in the first game (against Croatia), but it didn't happen. So I said whenever I get a chance, I'm going to show Jamaica and the world that I am one of the nation's best keepers ever. I proved it to them in the last game against Japan.

RP: What else did you discuss with Earle?

RP: Did you have culture shock being in France?

AL: Yeah, man! There was a lot of different things we saw there. In the community we were based, people painted a house in black, green, and gold. It was overwhelming for us to see how the people reacted to us. It was a great feeling - travelling to different places and seeing how people react to you.

RP: What was your feeling throughout the Japan game?

AL: I thought, 'We can't lose this game.' We targeted Japan because we said if we don't win against Croatia and Argentina, which we knew was going be tough, Japan are not supposed to beat us. It was their first time at the World Cup, and we were more powerful in the football world back then. I told myself, 'They can't score on me.' Even when they got that 'fluke goal', I was upset because it was poor marking, but afterwards, we tightened up and said we're not giving up any more. We're going to lock shop, and that's what we did.