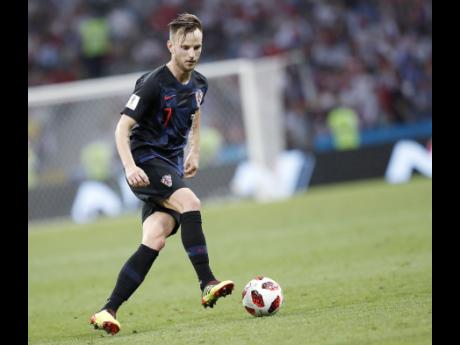 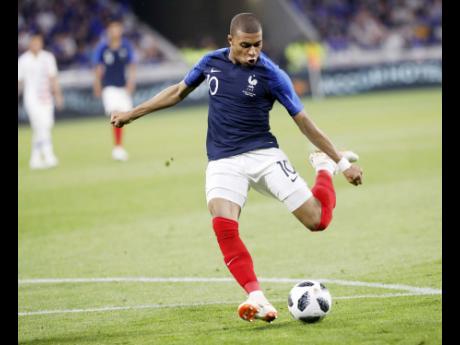 Kylian Mbappe has electrified the World Cup with his speed and youthful exuberance. Luka Modric has coolly controlled matches in Russia with his graceful play in the middle.

Whether France win their second title in 20 years or Croatia raise the trophy for the first time tomorrow at the Luzhniki Stadium in front of Russian President Vladimir Putin and nearly a billion television viewers, could turn on the play of the two stars.

The 19-year-old Mbappe has been the biggest sensation at the tournament in Russia, scoring three goals - including two against Argentina in the round of 16 - and creating havoc for opposing defenses with his pace and his agility.

"It's going to be the biggest match of my life, for sure," the Paris Saint-Germain forward said yesterday.

Although Mbappe has impressed for France at the month-long tournament, Modric has been the rock and the spark for Croatia. When the Real Madrid midfielder has the ball at feet, good things seem to happen for Croatia.

"Even when you think they're going to lose, or going to crack, they always have the mentality to come back," Mbappe said of the Croatian team. "It's a team that plays with a lot of intensity."

France last won the World Cup title in 1998, at home. The French defeated Croatia in the semi-finals that year, which until now had been the country's best showing at the tournament.

The heads of state from both countries are expected to sit with Putin. Will Smith is set to headline the closing ceremony.

In all three of those matches, Croatia has had to recover from being a goal down. The players never gave up.

"When you put the sacred Croatia shirt on you become a different person," Croatia midfielder Ivan Rakitic said through a translator. "I'm not trying to say it's a superior feeling that the French have for France, or Russians for Russia.

"The best feeling is to be Croat these days and this is the source of all our strength."

While Croatia had to rally to keep advancing, France won all three of their knockout games in the regulation 90 minutes and trailed for only nine of the 540-plus minutes it has been on the field.