'Zero to 60 in a millisecond': No Summerbell Jr for Independence of Speed event 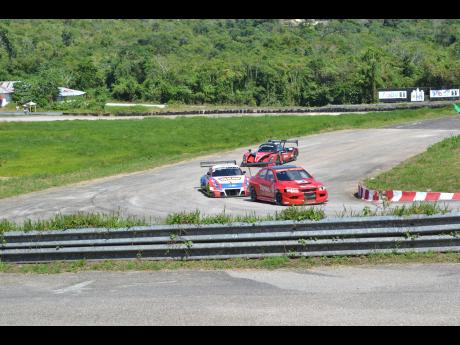 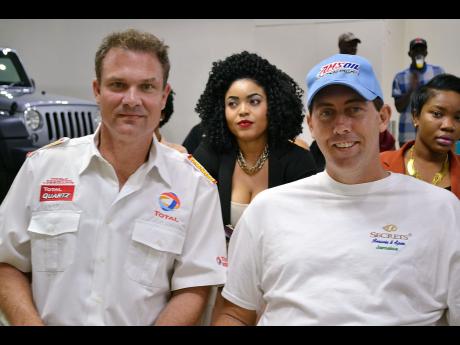 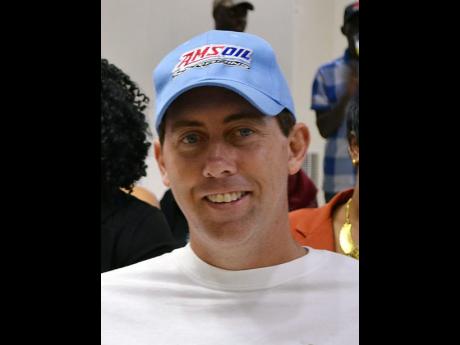 Veteran driver David Summerbell Jr will not be competing in today's Total Lubricants Independence of Speed event at the Dover Raceway in St Ann.

Summerbell was set to contest the Thundersport Class 2 division in his Radical SR8 race car today, however, the Jamaica Millennium Motoring Club (JMMC) has suspended his national racing license. This is because he has not yet paid his fine regarding his involvement in a crash with rival Doug Gore at the Jamwest Motor Speedway in Westmoreland on May 21, last year.

After being initially found to be responsible for the accident, Summerbell petitioned the decision with an Appeal Panel set up by the JMMC. A ruling was then made on June 21 and he was notified of it by a letter from Marcia Dawes, a member of the JMMC's Competitions Sub Committee, on July 30. This letter was also posted to the Club's official website.

The letter told Summerbell that he will be punished under Article 10.2 of its rules and regulations. It said that the penalties Summerbell inflicted were a reprimand for injudicious driving, his first punishment of the season; and because the injudicious driving directly led to the collision with Gore, leading to damage of track facilities, both drivers' cars, and injury to marshals, he would receive a fine of $75,000.

Dawes wrote another letter to Summerbell last Friday, which was also posted on the website. She said that he was now suspended under Article 10.6 of the Club's rules and regulations, regarding time limits for paying fines.

"Fines shall be paid within 48 hours of their notification, by means of any mode of payment, electronic included. Any delay in making payment may entail suspension during the period a fine remains unpaid," Dawes said.

But Summerbell told The Gleaner that he believed the fine to be too harsh, and questioned what sanctions would then be given for what he considers more serious infringements.

"I haven't been accused of causing an accident or anything, so it's not logical," he said.

Summerbell then declined to speak further on details of the incident.

Gore disagreed with Summerbell's view, saying that he has a history of being punished for this.

"This is actually his third time that they're going to penalise him for actually causing the accident down at Jamwest," Gore said. "There's documentation from the JMMC to say that he was found guilty. I'm very very surprised that he said that because he was actually found guilty."

Gore has also recently been sanctioned by the Jamaica Race Drivers Club (JRDC) for an incident in the Caribbean Motor Racing Championships in Trinidad and Tobago, where he charged at a rival driver whom he felt had deliberately hit him during a race.

Although Gore said he knew he would have been punished for his actions, and apologised for his involvement, he too felt his penalty was harsh and warned that he had seen talk on social media that fans were planning to boycott today's races, also because of that incident.

"The harshness of the penalty was a big eye-opener to everybody  in the sport.  I think that is why a lot of people were talking about boycotting (today's) event. We're talking about something that's going from zero to 60 in a matter of milliseconds."

But JRDC vice chairman Mark Myers said he is not worried about such a boycott taking place.

"Regarding (today's) turnout, we're quite optimistic," he said. "We have over 30 competitors on the track. We have 50 cars and 15 bikes ready to go. We're looking for some real exciting racing. The Modified Production 2 class, as usual, is very exciting, some great young drivers. My son, William, is one of them," he said with a chuckle.

Gore and Summerbell have had what many racing enthusiasts would consider a "friendly rivalry" throughout the years, and he said that he hopes the issue between them does not affect this.

"David and I always talk well when we see each other," Gore shared. "When we get to the track and put on our helmets, we become big time rivals. We race very very hard. We've been competitive like that for over 20 years, David and I, from rallying, coming right back into circuit racing. We've been in competition like that for a long long time, so I figured that it would just continue to be so. I still do figure that I can still call him and he can call me, but when we get to the track, it's a different scenario for sure."

Today's action at the Dover Raceway gets under way at 9 a.m.