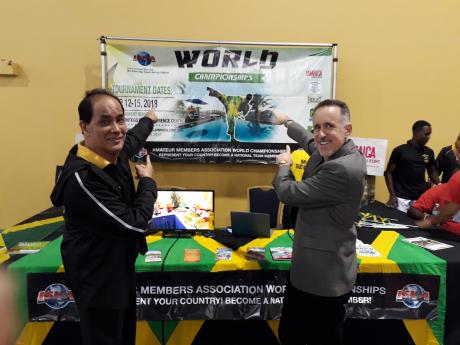 COREY SCHAFER, president of the International Sports Karate Association (ISKA), said Jamaica's winning bid to host next month's Amateur Members World Championships - Tatami Sports - had the three main ingredients to convince his organisation, one of the top martial arts-sanctioning bodies in the world.

"When you're taking bids into consideration, there are three main things to look out for," explained Schafer, who has headed ISKA since 1997.

"Number one is loyalty to the brand and organisation. Two is proof that the people involved can actually run a tournament of that magnitude, and the third is putting the event somewhere that people actually want to go. Jamaica's bid had all of that," he pointed out.

"Jason McKay and his organisation, along with Denise Romero, have been very loyal to ISKA. They are very big supporters of our events in America and Europe. That means something. Everybody wants to host the event but have to demonstrate so by being loyal, support our events by sending teams.

"Second, they did the International Taekwondo Federation World Cup in 2014 and also have a circuit of martial arts tournaments in Jamaica, so they have the infrastructure necessary to prove they can do the job, as opposed to another country that has only hosted a tournament with 200-odd people.

"Therefore, Jason and his crew earned the opportunity by being loyal to ISKA, have proven they can run an event of that magnitude and has, again, put a martial arts event somewhere that people really want to go," Schafer emphasised.

Though ISKA hosts the biggest martial arts open in the world, annually, at Disney's Coronado Springs Resort in Orlando, Florida, its Amateur Members Association World Championships have never been held in this hemisphere.

"This is truly a unique tournament, the first in our hemisphere. The US Open is an open world champs at which anyone can come to that tournament and ostensibly end up being an ISKA world champion.

"However, the Amateur Members Association World Championships is only open to countries where ISKA members have official national teams, whose members qualify based on the processes of their respective associations," Schafer explained.

"We wanted to see how well it worked. We got a big reception when we did the ring sport in Ukraine. Next year the championships is likely be held in Cork, Ireland, when we will reintegrate it into one event again," he said.