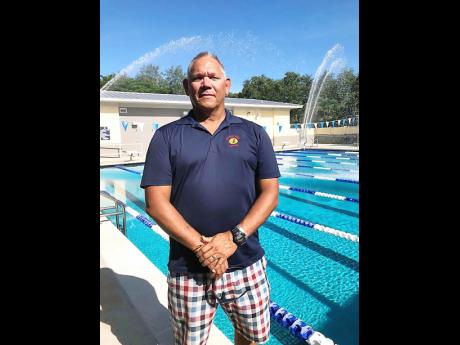 Though 34 years have passed since he stepped to the blocks for the Olympic 200-metre individual medley, Andrew Phillips has bittersweet memories of that swim in Los Angeles.

Phillips, Jamaica's first Olympic swimming finalist, is gratified to have competed in a race where a world record was set. However, he rues the uneven start that may well have cost him a medal.

He wasn't alone in thinking there had been a mistake as his rivals concurred.

"They (competitors) all came up to me after the race", Phillips told The Gleaner in a recent interview. "They told me how they felt, their feelings, that the race should have been a false start, but nonetheless, it is what it is."

Despite the delay at the start, Phillips, now 56, set a national record of 2 minutes 05.60 seconds in sixth place. The record stood until the 2018 Central American and Caribbean (CAC) Games, when Keanan Dolis swam the event in 2 minutes 4.00 seconds in the heats and then 2.03.66 for fourth place in the final.

It took Phillips 15 years before he could even watch the 1984 final.

"When I think about it, even 34 years later, it still kinda hurts a little bit to know that if I had a fair start off the block, I feel in my head and in my heart I would have won at least a minimum bronze medal and not ended up with a sixth place," he rued.

Phillips, who won a silver medal in the same discipline at the 1986 CAC Games, remains the holder of the Jamaican record for the 400-metre individual medal. He set that mark in the B final at the Olympics at 4 minutes 27.48 seconds.

"It's a good feeling to know that 34 years later, I still have my name down in the record books for a national records and that's nice to know," Phillips stated.