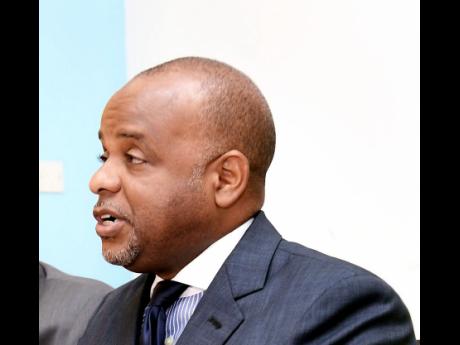 Two local authoritative figures on anti-doping issues in sport, have criticised the Jamaica Anti-Doping Commission (JADCO) for what they say is an inaccurate use of its powers in ordering that future anti-doping hearings take on a closed door nature.

"The panels are actually called the 'Independent Anti-Doping Panels', so how could JADCO have jurisdiction over it to change its proceedings," Crowne asked.

He likened the situation to a prosecutor in a court trial, setting the courtroom's environment.

Former JADCO executive director RenÈe Anne Shirley agrees with Crowne. She said that the Anti-Doping in Sport Act, which was passed by the Government in 2008, then revised in 2014, says JADCO's responsibility is to test athletes, while three other independent entities under Jamaican law deal with the other areas of anti-doping violations. The other entities are the JADCO Therapeutic Use Exemption Committee, Jamaica Anti-Doping Disciplinary Panel and the Jamaica Anti-Doping Appeals Tribunal.

"I've seen no clear rationale provided as to why a decision has been taken other than 'We are getting in line with other countries'. Also who made this decision? JADCO? Respectfully, under the act there are three Independent bodies ... . What process was followed to make the rule change? Who communicated this recom-mendation to Minister of Sport, and did she present this to Cabinet? It would be good if we received some clarity on the matter. Thanks, AG @MalahooForteQC, (Attorney General Marlene Malahoo Forte)" Shirley tweeted.

"While the board of the commission can prescribe how hearings are conducted, the disciplinary panel is not subject to the board's direction."

Backed by the Act

Williams then said that JADCO's decision is backed by the act.

Section 8 of the act refers to the functions of the board of directors which oversee JADCO's operations. This board was appointed by the Sports Minister. Subsection 2D of Section 8 says that "In the performance of its functions, the board shall develop and approve the rules to be made by the commission under Section 23".

Section 23, subsection 1E then says "The Commission may, in accordance with Section 8 (2D) make anti-doping rules and without limiting the generality of their scope, the rules may provide for hearings".

Section 16, subsection 1 also directly spoke to whether JADCO can determine the conditions of the environment of its hearings. "Subject to the provisions of this Act, and the Code, the Disciplinary Panel may make rules regarding its own proceedings," the act says.

One of the major concerns regarding future closed door hearings is that it threatens transparency and accountability in their handlings. But Williams had previously told The Gleaner that although the media would not be allowed to sit on hearings, it is allowed to speak with persons involved, including JADCO, afterwards.