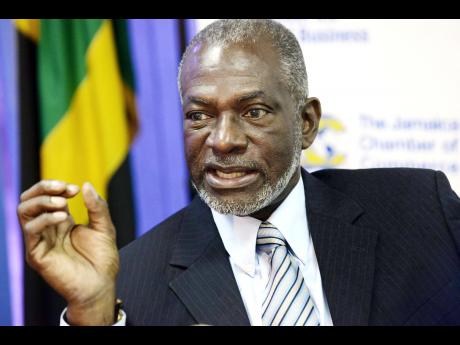 Professional Football Association of Jamaica (PFAJ) chairman, Don Anderson, said that the body's primary focus at the moment is ensuring that it operates what he describes as a "very professional" Red Stripe Premier League (RSPL) this upcoming season.

Anderson had said at the TVJ Sports Town Hall meeting on May 10 that CONCACAF, the regional football governing body, mandated that all the leagues in the region have to become highly professional in all aspects on and off the field, by next year. He said that the PFAJ is always mindful of this requirement and has been working towards that goal since the end of last season's RSPL.

"In the absence of any games being played since the Town Hall meeting, what we have been doing is trying to professionalise the administration," Anderson told The Gleaner. "We're tightening up on all the various behind the scenes processes that need to be done, all the fixtures that need to be drawn up, all the clubs that need to be advised. We're tightening up on the communication with all the clubs so that everybody knows what is taking place. The back room is where the professionalism is taking place. We met last week as a board and we're meeting on Monday as a board and we're just basically ticking off what needs to be done."

The launch of the league will take place next Thursday at the Jamaica Football Federation headquarters and Anderson said more details on the plans for the season and what has been achieved so far will be shared.

Another key point raised at the meeting earlier this year was by former Kingston and St Andrew Football Association president, Ambassador A.B. Stewart Stephenson. Stephenson, who also unsuccessfully ran for presidency of the Jamaica Football Federation last year, had recommended that all local clubs be audited.

"Ask (established) clubs to do a profile on infrastructure, let them do balance sheets and how they build their share structure, and call a national symposium with members of the private sector, who are interested in not just getting their brand on TV, but having a real involvement in the management and ownership of the clubs. That is how I think we can have a solution going forward. If we can get that with the private sector, we will then move towards professionalism, and that is one positive way for football in our country," he said.

Anderson said that the PFAJ has taken his advice on board and has not only implemented it, but tried to set an example for local clubs.

"I can't speak for all the clubs, but I know that from the PFAJ's perspective, we are just about complete with our audit of the finances for all the years and bringing it up to date. We are probably now finalising 2017-2018, but we're well under way. This is something we're taking very seriously because CONCACAF wants to ensure that we're running a tight ship and we have proper financial plans and reports in place. This has been done and we're very much almost there with our personal accounts. We're obviously going to encourage all the clubs to go that route, but we don't, at this point in time, have a good handle on the current status of the audit of all the clubs."

TVJ will be hosting its next Sports Town Hall Meeting on September 20 at a venue to be announced.