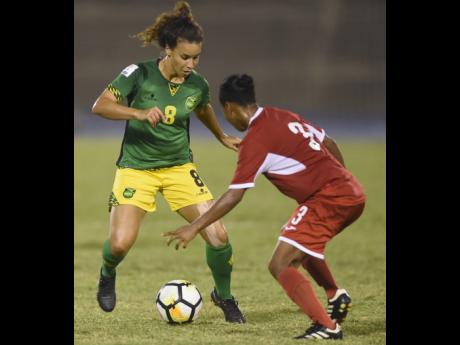 Ricketts noted that on the Windrush voyage, the first mass migration of Jamaicans to England, Jamaican women played a critical role, and the events' organisers want to emphasis this fact by hosting a game with the Jamaica's female players.

"Nottingham has more Jamaicans than any other township in England, and they will also be celebrating 158 years of existence, with the Windrush as a part of their anniversary celebration," he said.

"But because the first voyage to England had more women than men, they (the organisers) thought it would be best to celebrate with Jamaica's female team, and it is probably the opportune time when we are doing well.

"So, Jamaica's Reggae Girlz will play their counterparts, and the JFF is delighted. Hopefully, we will qualify for the World Cup and celebrate our qualification. But we are happy to be part of this Windrush celebrations. We are happy to be celebrating with our diaspora and all Jamaicans with English connections," he added.

The celebratory game between Nottingham Ladies and the Reggae Girlz to honour the Windrush generation takes place at the City Ground under the patronage of His Excellency George Ramocan, Jamaica's high commissioner to the United Kingdom.

The match will celebrate the arrival of several hundred Jamaican and otherwise Caribbean immigrants to Great Britain who arrived on the Empire Windrush 70 years ago.

It will also be the Reggae Girlz's first time in Europe.