Man U slip further behind after loss 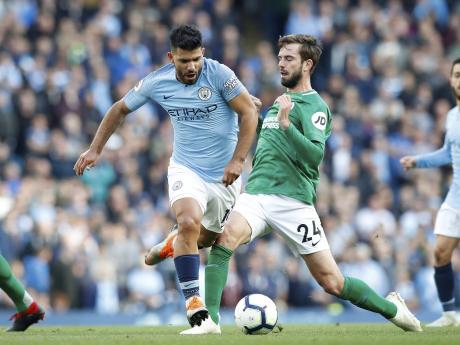 After a third loss in seven English Premier League games so far, Jose Mourinho was quick to apportion blame for Manchester United's collapse at West Ham.

While the moans about refereeing decisions were predictable after the 3-1 loss on Saturday, holding the media partly responsible was a fresher excuse to pour scorn on another ineffective display by Anthony Martial.

Leaving out forward Alexis Sanchez and starting Martial was portrayed by Mourinho as bowing to public demands. It's a decision Mourinho suggested he regretted.

"Something that you are asking for a long, long, long, long time (is) to play Martial," Mourinho told reporters. "I left Alexis out and I think that Martial is not a player very, very, very focused on his defensive duties and to play him as a second striker and trying just to cover the area of (Declan) Rice would be much easier for him."

United were ragged from the start at Olympic Stadium, conceding after five minutes when Felipe Anderson flicked in Pablo Zabaleta's cross. The damage worsened just before halftime when Andriy Yarmolenko's shot took a heavy deflection off Victor Lindelof to head in the opposite direction past goalkeeper David De Gea.

United did pull one back in the 71st when substitute Marcus Rashford turned in Luke Shaw's corner with his back to goal. But United's defence was cut through with ease when Mark Noble passed to Marko Arnautovic, who struck past De Gea.

Less than two months into the campaign, United's hopes of a first Premier League title since Alex Ferguson's retirement in 2013 are already fading. With 10 points from seven games, Mourinho has matched the club's previous worst Premier League start under Ferguson's successor, David Moyes.

Chelsea and Liverpool remain unbeaten, along with City, after drawing 1-1 at Stamford Bridge.

Eden Hazard's second goal against Liverpool inside 70 hours put the hosts in front in the 25th minute. The winger raced on to Mateo Kovacic's throughball unchecked before netting past Alisson, who was briefly the world's most expensive goalkeeper until Chelsea paid 80 million euros (US$93 million) for Kepa in August.

After beating Liverpool in the League Cup on Wednesday, Chelsea were preparing to inflict the team's first loss of the season until Daniel Sturridge came off the bench to score against his former club. The striker's swerving shot beat Kepa in the 89th minute after three minutes on the pitch.

Immediately after scoring Manchester City's second goal in a 2-0 victory over Brighton, Sergio Aguero was substituted in the 66th minute.

"Sergio is struggling a little bit with some problems in his feet," City manager Pep Guardiola said. "He is not 100 per cent. He made an effort but he hasn't recovered."

Still, the striker also managed to create the opener. Aguero played in Leroy Sane who crossed for Raheem Sterling to slide in and apply the finish in the first half.

Arsenal left it late to seal a seventh successive victory in all competitions. A 2-0 victory over Watford was secured by Craig Cathcart's 81st-minute own goal and Mesut Ozil's strike.

"We need to continue to improve with the control, with the possession, with the positioning," Arsenal manager Unai Emery said.