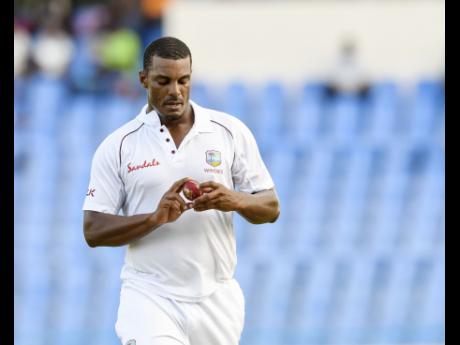 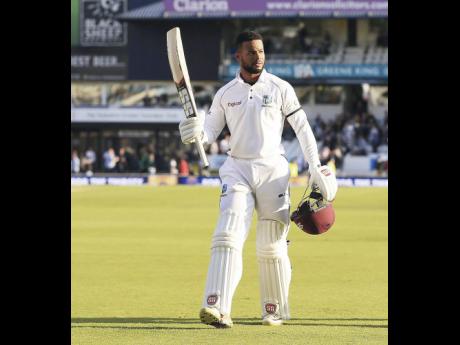 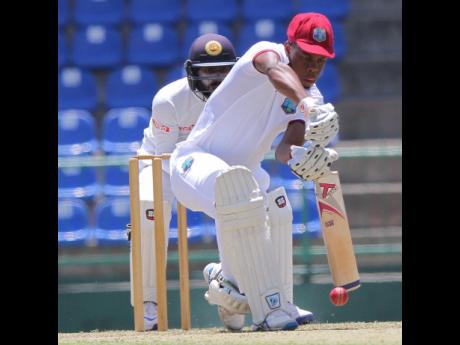 The West Indies open their 12th tour of India on Thursday (Wednesday night local time) with nothing, as far as victory is concerned, but a hope, or a wish, for victory or for a draw.

The important numbers, however, come from the last six series anywhere, at home and abroad, where in 19 matches, India have been dominant, winning 10, losing none, and drawing nine, most of them while they were in a winning position.

The future, therefore, looks bleak, even when it is remembered that lndia are now just coming off a disappointing tour of England where they lost 4-1, a loss that may have affected their confidence.

For the West Indies, it is important to remember that India were playing away from home and also that it was, in spite of the scoreline and apart from the first match, a close, intriguing, and exciting battle.

This time, however, India will be playing at home, and on top of that, they boast a formidable aggregation, especially in the batting and bowling departments.

As formidable as India seem, as gloomy as things may look, and although India are ranked number one and the West Indies are ranked number eight, the Windies can rise to the occasion and surprise everyone, including India, and especially in a short two-Test series.

If the West Indies can find, or recapture, the kind of team spirit and the confidence to back their ability like their predecessors of yesteryear, to play attractive and attacking cricket, and to play cricket the West Indian way, they can, with a little luck, rise to the occasion.

Captain Jason Holder has grown in the job. His batting, which has always promised much, is beginning to show signs of fulfilling its early potential, and his bowling has increased in swing and bounce if not in pace.

And although it does not appear as strong as India's, if its combination of pace, bounce, and accuracy was not a figment of the imagination, if its success against Sri Lanka and Bangladesh was the real stuff, and if Kemar Roach and Shannon Gabriel can stay fit and can reproduce that form, the West Indies fast bowling attack can prosper against the traditionally timid Indian batsmen as Roy Gilchrist, Wes Hall, Andy Roberts, Michael Holding, and company did years ago.

Probably the real test will be that of the West Indies batsmen against India's bowlers.

Ishant Sharma, Shami, Bumrah, Ashwin, Kuldeep, and company are good and will be a difficult proposition on home soil, but the West Indies batsmen possess enough quality to conquer.

Although it is hot, and it can be very hot in India, the condition and pitches are not that different from those in the West Indies, and there is good reason to expect Kraigg Brathwaite, eight centuries under his belt, including an innings of 134 and another of 95 in Leeds last year; Kieron Powell, who started his career so promisingly; and Roston Chase, especially after his innings of 137 not out versus India in 2016 and those of 138 and 101 not out against Pakistan in 2017 could deliver again this time around.

Although Sunil Ambris is one to look at, the batsmen who could really steal the show, however, are Shai Hope and young Shimron Hetmeyer.

Hope has already demonstrated his class, especially in an innings of 147 and 118 not out against England in Leeds last year, but he needs to cement his quality, and Hetmeyer has hinted of class and waiting to display it, especially in the Test match arena.

With right-arm leg-spinner Devendra Bishoo, remembering his eight for 49 against Pakistan in Dubai and itching to go; wicket/batsman Shane Dowrich coming off two good series; and promising young fast bowlers Keemo Paul and Sherman Lewis, hopefully, rearing to go, it could be two Test matches to remember.

For that to come to pass, however, the West Indies will have to play out of their skins; they will have to show the grit and determination of Leeds last year; and they will, especially their batsmen, need to perform consistently and not lapse into attempting elaborate and unnecessary strokes which often times lead to mistakes and disaster.

One day before the Test series against India gets under way, the Super50 limited-over tournament is scheduled to start in the Caribbean, and the promise is for an interesting and exciting tournament, with the group matches scheduled for Barbados and Trinidad and Tobago and the semi-finals and final for Barbados.

From the Trinidad and Tobago Red Force will be Dwayne Bravo, Darren Bravo, Kieron Pollard, and Sunil Narine, who are hunting places on the West Indies team to next year's World Cup; Lendl Simmons, Ravi Rampaul, and Denesh Ramdin, who, if selected, are expected to play throughout the tournament; along with Evin Lewis, who is also expected to play two or three matches.

Others who are expected to be on parade during the tournament are players like batsmen Brandon King, Fabian Allen, and Sherfane Rutherford, left-arm spinner Khari Pierre; pace bowler Romario Shephard; and left-arm pacer Obed McCoy; and also, possibly, AndrÈ Russell.