Shelton seeks support from past clubs 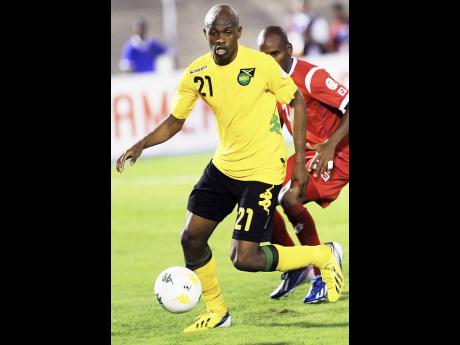 Luton Shelton Sr, father of former national striker Luton Shelton said that he has been in correspondence with his son's past clubs in Europe about his affliction with Amyotrophic Lateral Sclerosis (ALS).

"Just the other day, I sent Valerenga (in Norway) an email, I sent Helsingsborg (in Sweden) an email, Karabukspor in Turkey, and I've got responses saying they sympathise with what has happened so far, and they're supposed to get back to me with representatives I can talk to about it. His previous club, Volga Nizhny Novgorod, in Russia, I tried to get through to them, but their website has gone down," Shelton Sr said.

The Gleaner found that Volga's site has been shut down because the club was unable to afford its debts and dissolved in 2016.

Shelton Sr also said that he had spoken to Jamaica Football Federation (JFF) president Michael Ricketts about a meeting but, it had not yet taken place.

"I've spoken to Michael Ricketts before and he promised to visit," he said. "It's just that we didn't set a date. He had stated that he wanted to visit, but because he was told that we wanted some privacy, he didn't come yet. But his (Luton Jr) door is open to everyone, once you can make an appointment with him. He's that type of person. He's not gonna tell you you can't come see him, but we still have to reserve our privacy.

"I think the JFF must hold these players close to its heart. Keep in touch to find out what these players are going through. It's easy to just communicate."

The Ministry of Sport announced yesterday that it would be donating $5 million to Shelton's cause.