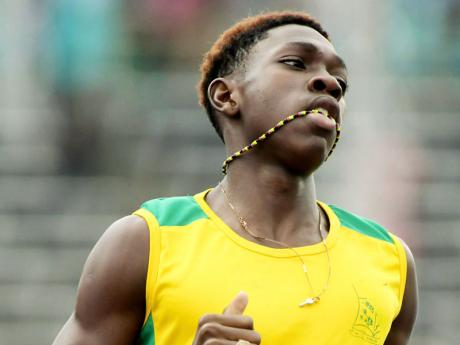 Watson, competing in the men’s 200m, was awarded the silver medal although he finished third in the final race in 21.01 seconds, as his combined times in stages one and two of the event placed him second overall.

Watson, who is the World Youth Champion in the 400m, expressed disappointment at not winning the gold medal.

“It is disappointing not to win the gold, knowing that I am the World Youth champion (in the 400m). I wanted to come here and get the gold medal,” Watson explained. “I was pleased with how I ran the race. It is now the background season for us in Jamaica and to come out here and run 21.0 in the 200m at this time of the year, it is a great feeling.”