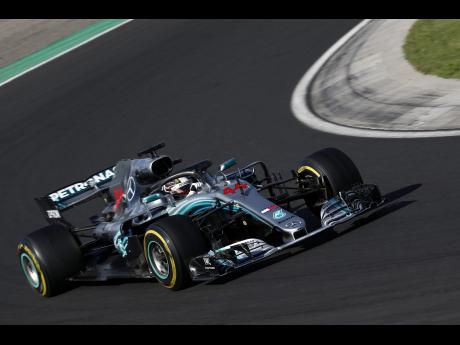 AP
Mercedes driver Lewis Hamilton of Britain takes a curve during the Hungarian Formula One Grand Prix at the Hungaroring racetrack in Mogyorod, northeast of Budapest, on Sunday, July 29. 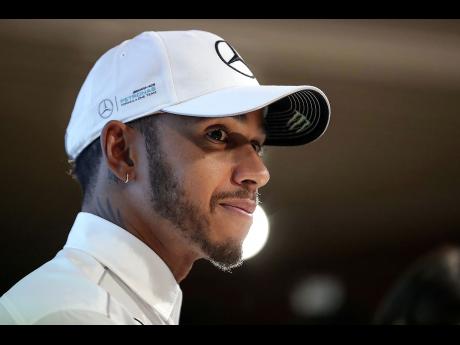 Lewis Hamilton has a second chance to secure the Formula One season championship. And he doesn't have to finish anywhere near the front at the Mexican Grand Prix to do it.

The British driver needs only to finish seventh on Sunday to kill off Ferrari's fading hopes that Sebastian Vettel can keep chasing him to the end of the season. Hamilton leads Vettel by 70 points and can wrap up his fifth career championship with two races left.

But don't expect Mercedes to chase anything short of a victory, which would be an exclamation point on Hamilton's roaring second half to 2018.

"Win the race to get the title, that's my goal," Hamilton said yesterday.

The other drivers expect nothing less.

"As a driver, you always want to win. I don't think that changes," said Red Bull's Max Verstappen, the defending race champion who believes his car can challenge Hamilton again for the victory.

So does Ferrari, whether it's Vettel or Kimi Raikkonen, the 39-year-old who grabbed his first win in five seasons last week at the US Grand Prix. That Ferrari victory, coupled with Verstappen's defensive driving late to secure second, kept Hamilton from securing the championship last week.

Hamilton finishing seventh sounds easy, but it comes with no guarantee. Last season, a punctured tire from a first turn collision with Vettel relegated Hamilton to ninth. He still won the title and celebrated the season wrapped in a Union Jack flag while Verstappen celebrated the day.

A fifth championship would tie Argentina's Juan Manuel Fangio, who won five times in the 1950s. Only Germany's Michael Schumacher has more with seven.

"This one, this year, has been one of the most enjoyable ones with the things I've been faced with," Hamilton said, given his battle with Ferrari. "If I were to win the title, it would be one of the ones that I'm most proud of, would appreciate the most."

The crowds at the Mexican Grand Prix create one of the season's most festive atmos-pheres, and Sunday should be no different, especially if the race lives up the pulsing finish last week in Texas. At 7,550 feet (2,300 meters) above sea level, by far the highest elevation of the season, the Autodromo Hermanos Rodriguez should set up a fight between the top three teams again.