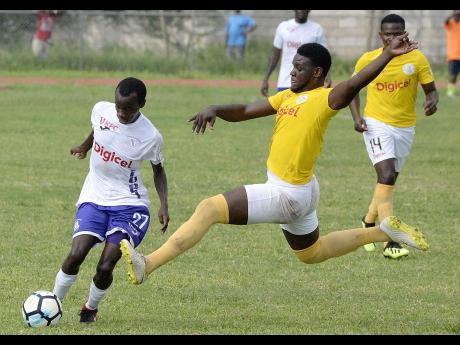 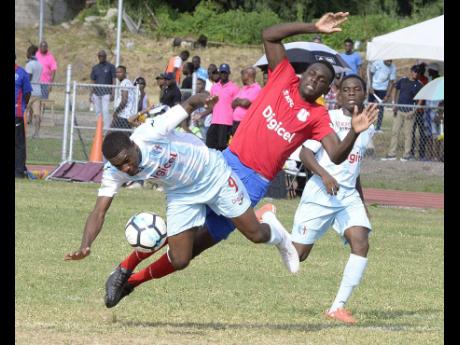 Camperdown High are seeking their first Manning Cup title in 36 years, and they appear set to seal a semi-final spot ahead of one of North Street's kingpins in this year's competition.

Yesterday, the east Kingston-based Camperdown remained on course for that last-four spot in the ISSA/Digicel Manning Cup competition after a 0-0 draw against North Street-based St George's College in a Group H quarterfinal match at Calabar High's playing field.

In the opening game of the double-header, the other North Street-based school, Kingston College (KC), and Charlie Smith High played to a 1-1 scoreline. All four teams in the group can still reach the semi-finals.

The Christopher Bender-coached Camperdown lead the standings on four points with one game remaining in the group. They are followed by St George's and Kingston College on two points each and Charlie Smith on one.

Bender, who was a member of the Camperdown team when they last won the competition in 1982, was happy to draw yesterday's match as he admitted that St George's were the better team on the day. The focus now turns to next Wednesday's match against KC.

"We are happy with the point because St George's College were the better team. The game against KC will be a difficult one, but we just have to keep working in terms of what we want to achieve this season," said Bender, whose team last reached the semi-finals in 2014.

"I think we played well, but we just did not capitalise on our chances. We are still in it, and so we just have to focus on our next game against Charlie Smith," said Gayle.

"Our destiny is still in our own hands, and so we just have to put in the work, and once we do that, then we will achieve the desired result," he added.

Renaldo Sephas gave the Jerome Waite-coached Charlie Smith the lead in the third minute when he fired home from point-blank range.

However, KC got a crucial point when Charlie Smith's defender Tyreke Atkinson put the ball into his own net in the 33rd minute.

Both teams created several scoring opportunities in the second period, but poor finishing from their attackers let them down.

At the Stadium East field, defending champions Jamaica College increased their chances of advancing to the semi-finals following a 2-1 win over Wolmer's Boys in Group G.

JC and STATHS are locked atop the standings with four points each with one round remaining in the group. They are followed by Holy Trinity on three and the already eliminated Wolmer's Boys on zero.