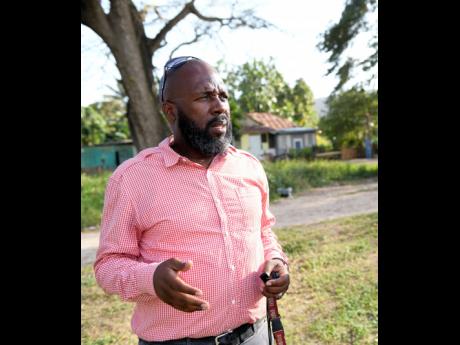 Hydel coach Corey Bennett believes that some teams will find it too difficult to lift their players for the ISSA Walker Cup competition, which kick-offs with the quarter final games this afternoon. However, he also believes that many schools, his included, will welcome the opportunity to win their first major schoolboy football title.

Hydel face Mona at 1:00 p.m. at the Spanish Town Prison Oval in one of four matches on this afternoon. In the 3:00 p.m. match at the same venue, St Jago entertain Cumberland.

Despite the disappointment of losing the Manning Cup round-of-sixteen game to St Andrew Technical, Bennett believes that all the teams will see this as an opportunity to end the season on a high note.

"I played the Walker Cup many moons ago and the best teams use to fight for the title. But I think it has been watered down, so I think they should call it a different name because it does not hold the same significance," Bennett said.

"But we (Hydel) haven't won anything at football level. Obviously, it (Walker Cup) does not have the same shine as the Champions Cup or Manning Cup, but nevertheless, we are thankful that we are still in a position to fight for a cup," he stated.

Benett said it has been extremely difficult getting his boys motivated for this competition.

"It has been hard getting the boys up for training as it was a big disappointment that we were edged out of the Manning Cup. It has been a little hard to stomach, but now we put everything in the Walker Cup because that's all we have left," he continued.

"It's more mental now as we have not played in over a week and a half, so it will be rough, but we are hoping we come mentally prepared. Training did not show it (motivation), but we are hoping that when the whistle goes, we will get going," Bennett added. "We are going to push for it (title) because we have not won anything. The only teams that have won schoolboy titles are Calabar and Excelsior, so everybody else will be up for it. Mona might be a bit happier, reaching here for the first time, so they will be gunning for it. It will be hard to motivate some teams, but I think it will be a good competition."