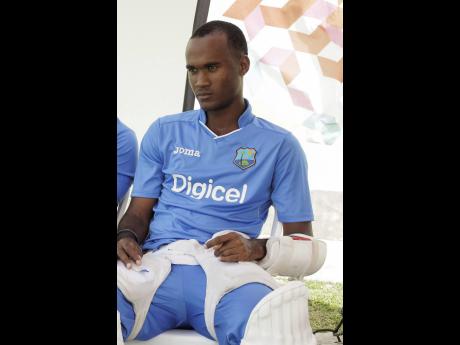 Stand-in West Indies captain Kraigg Brathwaite believes that his side lost the first Test match on the opening day when they allowed Bangladesh to score in excess of 300 runs.

The hosts were reeling on 235 for seven in their first innings before a 65-run ninth-wicket partnership between Nayeem Hasan and Taijul Islam helped them to reach 324.

Speaking at the post-match press conference, Brathwaite said that that period proved to be the deciding factor in the match.

"It was a tough loss for us. Well done to the Bangladesh team. They did very well. I think the new ball was the key, and we gave away 30-40 runs too many in the first innings," said Braithwaite, who assumed the captaincy with Jason Holder out due to injury.

Despite the loss, he pointed to the performances of Shane Dowrich and Shimron Hetmyer as positives going into the next Test, which is scheduled to begin in Dhaka from November 30 to December 4.

"It was a tough pitch to bat on. We didn't get partnerships early on and lost wickets consistently. They (Dowrich and Hetmyer) played very well. We can take a lot of positives from this game."

Bangladeshi skipper Shakib Al Hasan praised his side for winning the "small moments" in a low-scoring affair.

"Small partnerships like 20-30 runs were vital on this wicket, and I think we won those small moments. It was a team effort. The contribution from Taijul and Nayeem with the bat in the first innings was brilliant," Al Hasan said.

He was also full of praise for spinner Nayeem Hasan, who took 5 for 61 in the first innings and helped the hosts end the innings with a slender lead.

"He (Nayeem) was brilliant in the first innings. We all know that he has the capability to pick up wickets, [and] Mominul also batted well," Al Hasan said.