My goal is to develop players - Gardner 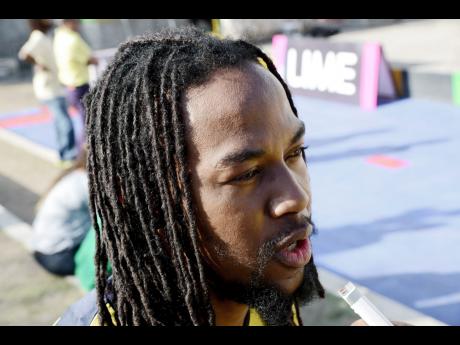 Coach of Harbour View Football Club Ricardo Gardner is unbothered by the criticism that sometimes comes his way for the struggles of his team.

His largely youthful team, which lost key players Evan Taylor, Daniel Green, and Rafeik Thomas, who arrived in the second half of last season, have spent most of the first round in the bottom half of the table and currently sits in 11th position in the 12-team table. That for Gardner is only the short term, and there is a bigger picture.

"My goal is to develop," Gardner said of the job he is doing with the club.

"Winning is important, but it is more than about winning games in the Premier League. It is important to learn the game - to grow and develop - and I think we are making some progress," added Gardener, citing the progress of Peter Lee Vassell, Deshane Beckford, and Tyreek Magee, who is beginning to find his feet among the big boys.

Vassell's initial steps in the league were tentative. Now, he is a more confident player who has graduated to the national team.

"I want to give people the opportunity to experience what I experienced. We do not have a talent problem in Jamaica. It is just the attitude that is the problem, and we have to work on that, and I want to play my part in addressing that," said the man who was part of Jamaica's historic qualification for and participation in the 1998 World Cup in France.

Easily the most successful home-grown professional footballer so far, Gardner, a left-sided player who featured in attack, defence, and central midfield, ended his relationship with Bolton Wanders in 2012 after 14 years with the club. For the national team, he earned in excess of 100 caps and scored nine goals.