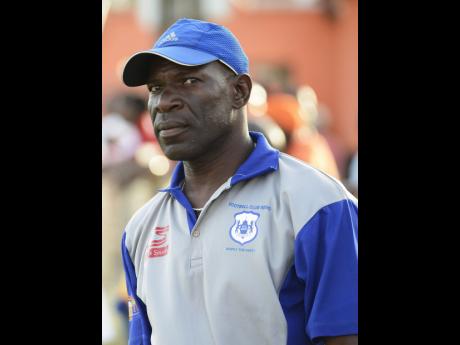 Vassell Reynolds has been relieved of his position as head coach of Montego Bay United, becoming the first coaching casualty of the 2018/2019 Red Stripe Premier League season.

“We agreed to the mutual dissolution of the contract and this was due to a number of factors," said Dr Spencer. “The culture of MBU is a winning one, a results-oriented one."

MBU last won the RSPL title in 2015 but ended last season in ninth position, the same spot they held at the start of Sunday's round of matches.

Dillon Thelwell, a man who has had previous stints with the club, was appointed as interim coach.

Reynolds was naturally disappointed especially after putting in battling performances with a youthful and weakened team.

“I was a bit surprised and disappointed that I was not allowed to continue the rebuilding and transition of the club and the reason given – poor results,” Reynolds said.

“We were six points away from the top six and seven points away from some teams which had far more resources and deeper squad than us. Based on all the variables it was a fair performance thus far but where we had set our targets, we fell five points short,” added Reynolds who recently stepped away from the job as national Under-20 head coach.