Orville Higgins | Your chants mean nothing! 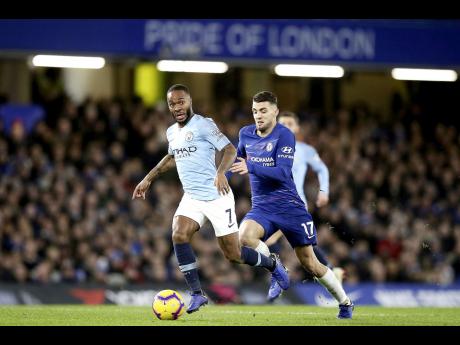 Once again, the subject of racism in football has jumped on to the front burner. Manchester City and England player Raheem Sterling was said to be racially abused by a Chelsea fan who used a derogatory term to describe him during a match between the two English Premier League clubs. Yet again, the discussion about racism in football is dominating the sports programmes everywhere.

My views on racist taunts in football have got me in trouble with some Jamaicans before. I maintain that black footballers are at times too sensitive to what a fan in the stand is saying. The dude in the stand cannot physically hurt you while you are on the field. Making monkey chants and hurling racial abuse at a football game should be his business. I don't even agree that it should be illegal. This should be one time when words should be seen as mere wind. Not everybody will agree but I believe that a man shouldn't be penalised for throwing around the black word to a man who is black. I remember a former prime minister taking me to task for what he felt were my misguided views on the subject. He felt I had taken the position I had only because I myself have never faced racism. We spoke at length about it. I was at pains to tell him I could not support racism. I abhor the thought that a person should be discriminated against because of the colour of his skin. I think it's degrading to deny a black man a seat on a bus or a place in a hotel on the basis of his pigmentation. No one should be denied an opportunity that he is qualified for because of his race. I get all that, but fans chanting in a stand is different.

The reality is that some white people will always hate black people. No amount of legislation will change that. Indeed, the opposite is true. Some blacks will always detest whites. So what? It's the reality of the world we live. I strongly disagree that a white man should be punished for what he SAYS. He should be sanctioned for what he DOES.

Why do monkey chants affect black adult footballers? I will forever applaud Dani Alves. They threw a banana at him. He took up the banana, bit off a piece, as if to say 'You all are wasting your time if you think this can upset me.' If all black players took this nonchalant way towards racist taunts, racist taunts would end more quickly than all the ad hoc punishments meted out to the odd culprit.

Why should I as a footballer who is earning £50,000 a week be concerned with what a guy in the stand thinks of me and my black skin? We empower these racist people when we appear to care. I would gladly trade places with these black players. Give me their salary, and all that vitriol in the stands would be a joke. I live in Jamaica. As soon as you and someone have a dispute, you are likely to hear the rude things to do to your mother. If I can ignore a man telling me about my mother when I'm barely eking out a living, then these rich, pampered footballers should be able to overlook some idiot in the stand making reference to his blackness. Black footballers and indeed black people on a whole need to develop a maxim that says "if you can't physically hurt me or stop my progress in life or prevent me from enjoying the fruits of my labour, then your chants mean nothing!" Only then can black people be truly liberated.