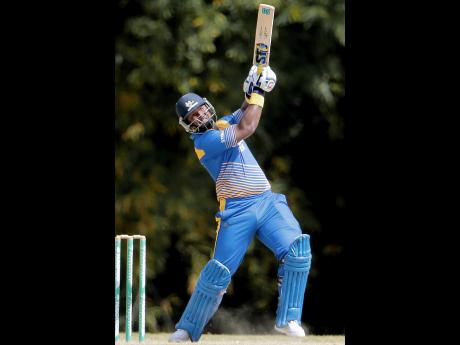 Leading Barbados Tridents batsman Dwayne Smith says he and other team members are yet to be paid all monies owed from this year's Caribbean Premier League campaign and believes that the situation could hurt the image of the popular tournament.

Smith is also worried that the pending extradition from the United Kingdom of Tridents owner Dr Vijay Mallya to face alleged fraud and money laundering charges in India could further exacerbate the situation.

"There was payment. It is the last payment that we're waiting on, and nobody knows what's going to happen," Smith said in an interview with Line & Length Network.

"I think it's something that the CPL should have sorted out. They said the last time it happened, it wouldn't happen again. They gave us their word that they would make sure that this doesn't happen, and it's still happening."

Unsure of next move

He continued: "I don't know what they can do, but this is something that could hamper the tournament. The CPL has been a talked-about tournament since it was introduced, and I'm sure that people love to come to the Caribbean to play the cricket, and I would never want to see CPL finish but it is something that we really want to get sorted.

"If it happens before the end of the year, I would be happy. The last time we only got paid, like two days before the draft. You don't want that again, but at this point in time, no one knows what's going to happen."

Mallya, an Indian business magnate, purchased the Bridgetown-based franchise two years ago but has been beset by financial and legal issues in recent years.

He fled India in 2016 and has been exiled in England since, battling extradition to face what the Indian courts say amounts to nearly US$1 billion in unpaid debt.

Smith described the development as "disturbing" and said that what was even more frustrating was the lack of information.

Smith and Tridents endured a tumultuous campaign in the CPL this year, losing eight of their 10 games to finish dead last and miss out on the play-offs for a second straight year.