Bloomfield's 43.94 - performance of the year 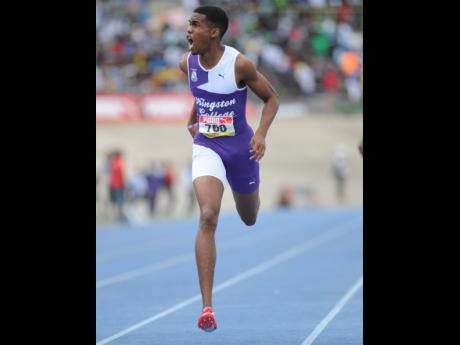 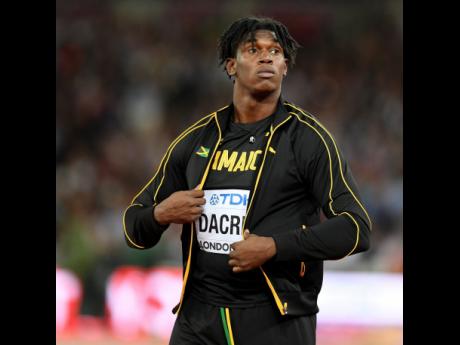 Discus ace Fedrick Dacres was so good all year long that there is no question about who Jamaica's 2018 track and field athlete of the year is.

Big throws and big wins at the Commonwealth and Central American and Caribbean games, the North American, Central American and Caribbean Athletic Association ( NACAC ) championships, the Athletics World Cup, the Diamond League, and the Continental Cup make that choice a no-brainer. Still, according to the IAAF comparison tables, someone else produced the Jamaican performance of the year.

Dacres crowned a stellar season with a national-record throw of 69.67 metres, a distance that the IAAF table dots around with 1,239 points for 69.68 metres and 1,238 for 69.63 metres. Those lofty numbers were outdone, not once, but twice by performances from Akeem Bloomfield. In a US college season marked by fine efforts over 400 metres, Bloomfield peaked with a huge personal best of 43.94 seconds on June 8 in Eugene, Oregon. That left him just a hundredth of a second off the Jamaican record held by Rusheen McDonald.

Bloomfield's run in Eugene was his last for Auburn University and earned him the runner-up position to brilliant American Michael Norman at the National Collegiate Athletic Association (NCAA) Championships.

In the last race of a short post-collegiate season, Bloomfield showed how good he could be over 200 metres. The former Kingston College Boys' Championships captain covered the London Diamond League 200 in 19.81 seconds. Usain Bolt, Yohan Blake, and Warren Weir, who went 1-2-3 in the 2012 Olympics, and Pan-Am Games record holder Rasheed Dwyer are the only Jamaicans to have ever run the event faster.

The table gives that performance 1,250 points.

While Bloomfield's abbreviated season makes it impossible for him to overhaul Dacres as Athlete of the year, his top performances show great potential.

The performances listed above for Blake, Bloomfield, Levy, Dacres, Gayle and Clarke were the best by Jamaicans in the 100m, the 200m and 400m; the long jump; and the 400 metres hurdles during 2018.