Tanya Lee | Boxing and the danger of eye injuries 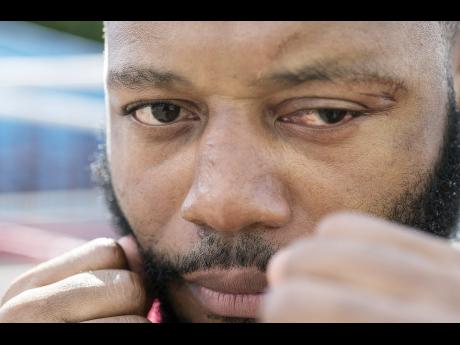 So this week, it has come to light that Sakima Mullings has a retina illness that has put a pause on his boxing career as he explores treatment options before making a return to the ring.

In a conversation with The Gleaner at the Stanley Boxing Gym last Saturday, the World Boxing Council Caribbean Boxing Federation welterweight champion expressed that he is facing his fiercest component yet as he fights to maintain vision in his left eye.

Mullings, who is best known for twice becoming the Wray & Nephew Contender Series Champion, has been diagnosed with retinitis ​pigmentosa.

According to the American National Eye Institute, retinitis pigmentosa is a disease which causes degeneration in the eyes, specifically in the rods and cones of the retina. It is hereditary and involves a breakdown and loss of cells in the retina, which is the light-sensitive tissue that lines the back of the eye. Common symptoms include difficulty seeing at night and a loss of peripheral vision. In the worst cases, it can cause blindness.

The institute also outlines that typically, those living with the disease have difficulty seeing in dim or dark light. They also have difficulty perceiving fine visual and colour details. They may experience difficulty performing essential tasks of daily living such as reading, driving, walking without assistance, or recognising faces and objects.

Mullings said that some symptoms had been with him for quite some time, but became more severe after his exhibition bout last March at the launch of the 2018 Contender series. While he doesn’t directly attribute complications of his illness to boxing, it was a tear in Mulling’s retina that signalled that he needed to seek treatment. He has since seen several specialists in different countries and hopes to have a final procedure and go through six to eight weeks of recovery before returning to the sport.

My research has uncovered that numerous studies point to a significantly high incidence of ocular and vision-threatening injuries that occur in the sport of boxing. With a hereditary predisposition to retina-related issues, Mullings needs to exercise extreme caution to minimise the likelihood of further ocular injury or irreversible trauma to his eye.

By applying preventive measures in the ring from the onset such as, first, thorough sight-function examinations by a ringside ophthalmologist and constant use of ocular and facial protectors, he may have minimised the harsh effects of the sport on his retina.

With this hereditary disease, very common among boxers, Mullings was always at risk for facing this issue. I hope that all athletes will use this as another example of paying keen attention to securing a good insurance policy that protects them against partial or total disability or any other risks associated with their sport.

There are many instances in which injury or illness prevents many of our athletes from being able to continue in their sport, and the anxiety that results from losing the associated income may force them to make decisions that may not be in their best interest healthwise. A good insurance policy will militate against returning to a sport in the face of numerous variables, which may make this decision foolhardy.

At 36 years old, and after nine solid years of entertaining local and regional boxing fans, I think Mullings has already made a significant contribution to the sport. I hope that now, his main focus is his health and safety. I wish him and his family the very best and a speedy recovery.