Windies seek to roll back the decades with Test sweep 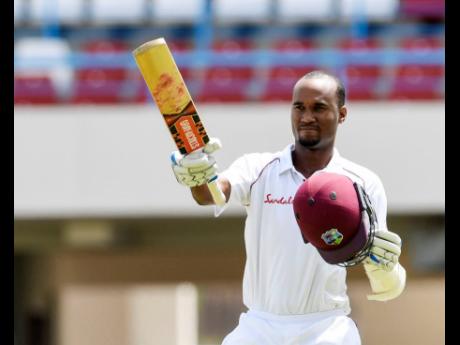 A series that began shrouded in uncertainty and contention now stands on the brink of becoming a watershed moment in West Indies cricket as the reinvigorated home side chase their first whitewash of England in 33 years when the final Test bowls off here today.

Only a few weeks ago in the lead-up to the opening Test, pundits were harbouring thoughts of just the opposite – another Windies whitewash – as controversy swirled over the appointment of head coach Richard Pybus, and Cricket West Indies officials bickered in public.

But the underdogs, with heavy defeats in their previous four Tests against India and Bangladesh, hauled themselves off the mat to inflict a crushing 381-run victory inside four days in the opening Test at Kensington Oval – outplaying the English in every department.

And as if to send a strong signal that the result was not a fluke, West Indies thrashed the tourists by 10 wickets in the Antigua ­second Test in less than three days last week to retake the Wisden Trophy for the first time in a decade.

Now, even more history beckons. Not since Vivian Richards and his aggressive battery of fast ­bowlers humbled England in all five Tests on the 1986 home tour have West Indies swept their arch-rivals in a Test series.

And with England demoralised after two embarrassing results, the young Windies side has the ideal chance to inflict the ultimate blow on their opponents.

They will have to do it without their inspirational captain, Jason Holder, who paid for his team’s slow overrate in the Antigua Test with a one-match suspension, and now will have to watch from the sidelines as his side chases history.

Stand-in skipper Kraigg Brathwaite believes that a clean sweep would send the right message about the state of West Indies cricket.

“[It would say] that West Indies cricket is strong,” the experienced opener told reporters here yesterday.

“For us, it’s just aiming for consistency. We’ve won the series thus far, so we’re aiming to win the third [match], but for us, it’s being consistent. That’s one of the main things for us.”

Holder’s absence will be a huge hole to fill. It was his phenomenal unbeaten 202 that set up his side’s massive win in Bridgetown and his splendid spell after lunch on the third day in Antigua that helped set the wheels in motion for England’s second-innings demise.

Performance on the field apart, his leadership has come in for praise from local and foreign pundits alike as he has hardly put a foot wrong.

Brathwaite said that they would still be relying on his advice even though he was not part of the XI.

“Of course [I’ll be leaning on him]. He’s the leader of the group, and his advice will be crucial for us,” said Brathwaite.

“He’ll still be there. Obviously, we’re a family and support each and everyone. Obviously, I’m ­captain for this game, [but] he’ll be around the same way.”

Speculation is already rife about his replacement. All-rounder Keemo Paul, with 20 wickets and an average of 35 with the bat in his last three first class matches, seems the natural fit.

However, with England obviously unnerved by the pace of Shannon Gabriel and Kemar Roach in the series, uncapped Oshane Thomas has come into the equation, especially with a greenish tinge on the pitch at the Darren Sammy Cricket Stadium.

“Obviously, he has good pace, and obviously, he brings that ­aggression, and he’s bowling ­consistently, so he’ll bring that as well. He has decent pace, so ­obviously, he’ll be an aggressive factor,” he pointed out.