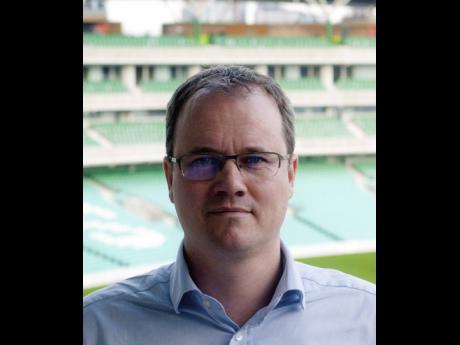 In a glitzy ceremony at Sandals Barbados, attended by the West Indies one-day side, CWI officials also announced CGI as title sponsors of the five-match One-Day International series against England, which bowls off here today.

The Super50 has been without sponsorship for the last three editions since the NAGICO Insurances agreement ended, and CWI Chief Executive Johnny Grave said the governing body was looking forward to a fruitful partnership with CGI.

“The breadth and depth of Colonial’s partnership with us will benefit cricket across the region from communities and young families to professional cricketers, and especially fans of both the Super50 and the Windies.”

He continued: “It also demonstrates that cricket remains a great platform to reach many fans and communities, and we are truly excited to partner with Colonial whose ambitions to be number one in their field mirror our ambitions to strengthen cricket in the West Indies for millions of people.

“We believe the Windies brand remains one of the strongest in the region. We’re globally recognised as a serious force. We’ve won five World Cups,” Riley said.

CGI’s Chief Executive, Naz Farrow, said the company was coming on board at critical juncture in West Indies cricket.

“The West Indies had a fantastic Test series victory over England, and we hope that leads to even greater things for cricket in the Caribbean,” he noted.

“Colonial is fully committed to the local communities it operates in, and shares the core values of CWI, building happy, healthy, active lifestyles for millions of people, whilst inspiring and uniting communities worldwide.”

CGI boasts commercial operations in Bermuda, Barbados, the Cayman Islands, The Bahamas, the British Virgin Islands, and the Turks and Caicos Islands.