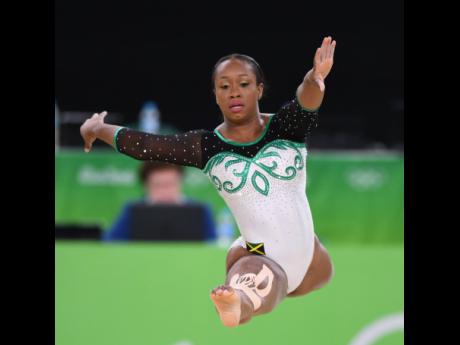 Jamaican Olympic gymnast Toni-Ann Williams has undergone surgery to repair her Achilles tendon. The operation was confirmed by her mother Marlene Williams, who spoke to The Gleaner yesterday .

The gymnast ruptured the tendon last Sunday, while competing for the University of California Berkeley in Portland, Oregon.

The injury prematurely ended Williams’ collegiate career, as she was an upper senior.

“Toni is still crying,” Marlene said. “She did the surgery yesterday (Thursday) so we will have to wait and see.”

Earlier this month, the younger Williams told The Gleaner that she was still recovering from the elbow injury, which caused her to miss the Pan American Championship in August last year.

She was still hoping to make it to the Pan American Games in August of this year and the World Championships in September. But those plans seem to be out the window now.

Williams took Jamaica into new frontier, in the field of sport, when she became the first person to represent the country in gymnastics at an Olympic Games three years ago in Rio de Janeiro.

She has also expressed that she would be doing everything in her power to raise the profile of the sport in Jamaica.

“I want to medal at a major competition, and I do believe that would raise the profile of the sport in Jamaica, but also the financial support is major because we need facilities in order to develop talent,” she said at the time.

Marlene said that it is up to Williams to decide if she wants to continue, but believes it is still too early to decide.