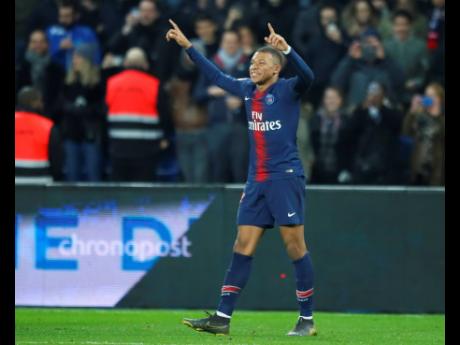 Mbappe has scored in all four games since PSG lost forwards Neymar and Edinson Cavani to injury, and the 20-year-old France star’s second-half double took him to 51 goals in the league since bursting on the scene with Monaco three years ago.

His 22 goals have come in only 20 league games.

His first effort came in the 69th minute when he turned in left back Juan Bernat’s pass to make it 2-0. He grabbed his second in the 89th with a fine low finish after collecting Christopher Nkunku’s pass and cutting in from the left.

Nkunku had put PSG ahead late in the first half with an excellent control and finish from Marco Verratti’s pass.

The victory moves coach Thomas Tuchel’s side 17 points ahead of second-place Lille, having played one game fewer.

Lille dropped points in the race for second place and automatic qualification for next season’s Champions League when they drew 1-1 away to Strasbourg on Friday.

Third-place Lyon can move within two points of Lille if they win at Monaco today.