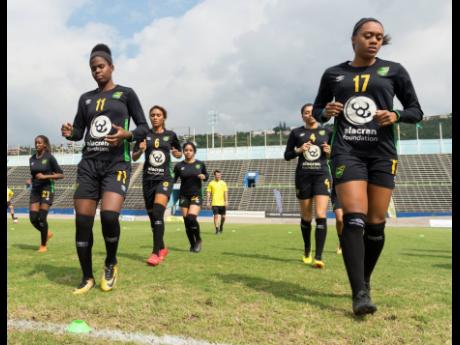 Assistant coach Andrew Price said the Reggae Girlz’s two friendly international games against Central American side Chile form a very important part of their preparations as they gear up to compete in this year’s FIFA Women’s World Cup Finals in France for the first time.

The Reggae Girlz, who are ranked 53rd in the world, will take on the 38th-rated Chileans in their opening match on Thursday at the National Stadium.

Chile are also set to compete in this year’s FIFA Women’s World Cup, and they will again square off with the Jamaicans on Sunday, March 3, at the Montego Bay Sports Complex to close out the assignment.

Price said the Reggae Girlz will be at full strength for both matches and, therefore, he is expecting an exciting performance.

“I think the series of games against Chile have come at the right time,” said Price. “These games are definitely important because we want to see where we are. Chile recently played Italy in a game, and, as you know, Italy is in our group for the World Cup, and so, it would be a good yardstick to see where we are currently.”

The veteran coach added: “In a preparation year for a World Cup Finals, all practice games are important so that we can get a feel of what we want to do and our intentions and how we want to perform at the World Cup, and so, it is very important that the 24 ladies get the opportunity to display their skills on the field.”

Price also noted that the Reggae Girlz are looking forward to both encounters because they want to put on a good showing in front of their home crowd.

“Most of the girls are in Europe in active competition, and so, they are in good match condition, so we expect a good display from them,” said Price. “We want the Jamaican public to come out and support the girls because this will be the first time that they will be seeing them since we qualified for the World Cup in a game situation, and they will get two bites of the cherry.”

The Jamaicans are drawn in Group C of the 2019 FIFA World Cup Finals alongside Italy, Brazil and Australia.